OIC calls for an end to hostilities between Russia and Ukraine 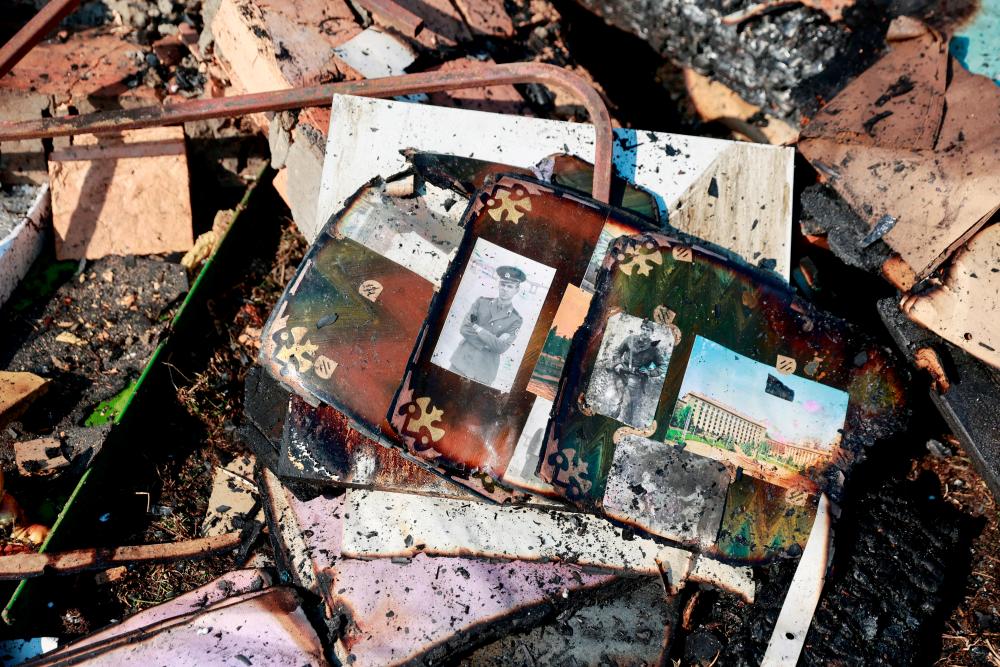 Pictures lie amidst the rubble of former teacher Natalia's house which was was hit in a military strike, amid Russia's invasion of Ukraine, in Kyiv/REUTERSPix

NEW DELHI:The Organisation of Islamic Cooperation (OIC) has called for an immediate end to military hostilities between Russia and Ukraine and offered to mediate in their conflict.

In a statement issued in Islamabad on late Wednesday after a two-day meeting of the OIC foreign ministers, the 57-member body urged the warring parties to stop the situation from getting worse.

“Having deliberated on the ongoing conflict between Russia and Ukraine at the 48th Session of Council of Foreign Ministers, we call for an immediate cessation of hostilities to prevent further loss of life and ensure that the humanitarian crisis does not worsen in Ukraine,“ the OIC said.

“We urge both sides to engage in meaningful dialogue with the purpose of finding a solution to the present conflict. We express the willingness of OIC member states to support and facilitate the dialogue process between all sides, if requested,“ it said.

Pakistan’s Foreign Minister Shah Mahmood Qureshi, speaking at a joint press conference with OIC Secretary-General Hissein Brahim Taha, said China “is in agreement” with the OIC and willing to work with it for a peaceful solution to the Ukraine crisis.

Qureshi said the Russia-Ukraine conflict was discussed during his and Pakistan Prime Minister Imran Khan’s meetings with Chinese Foreign Minister Wang Yi, who was in the Pakistani capital to attend the OIC meeting as a special guest.

The OIC’s Islamabad Declaration made notable mentions about some of the long-standing issues on its agenda.

It emphasised “the centrality of the question of Palestine and Al Quds Al Sharif (Jerusalem)” for the Muslim community, and called for establishing a sovereign Palestinian state along the pre-1967 borders.

The OIC asked Israel to “desist from the desecration” of Islamic sites in Jerusalem, and called for all efforts “to confront Israeli colonial occupation and hostile takeover of the holy city.”

It declared that maintaining Jerusalem’s legal status as the capital of the state of Palestine is “the only guarantee to achieving peace and security for the region.”

On the Kashmir dispute between India and Pakistan, the OIC said: “We renew unwavering solidarity with the people of Jammu and Kashmir and express full support for their inalienable right to self-determination in accordance with the relevant resolutions of the UN Security Council and the OIC, and the wishes of the Kashmiri people.”

“We denounce the systematic and widespread policy of discrimination and intolerance against Muslims in India, which has led to their political, economic and social marginalization,” the Islamic body said.-Bernama