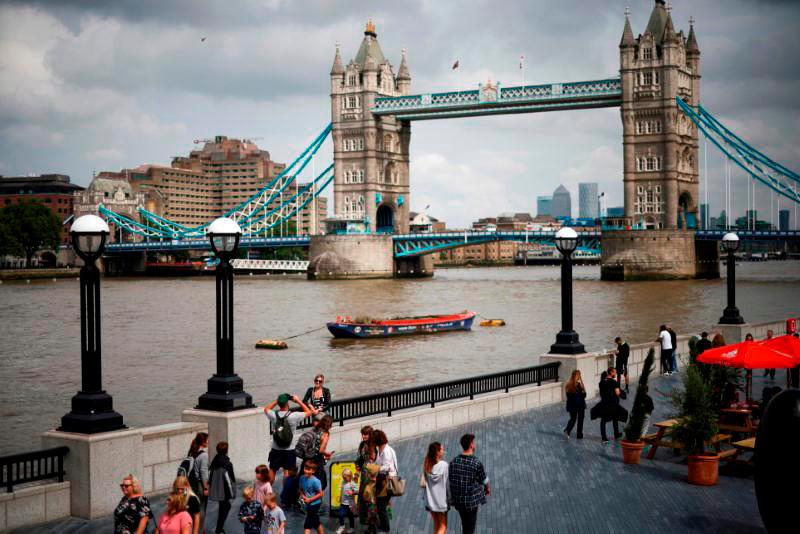 LONDON: In a likely nod to the iconic character of Britain’s longest-serving monarch, the plan for what happens when Queen Elizabeth II dies is called Operation London Bridge.

The operation is a 10-day plan. The day of the queen’s death is D-Day, and every day after is D-Day+1 and so on, according to Anadolu Agency.

On D-Day, a newsflash was sent around the world, and flags across the government were lowered to half-staff.

An official notification was pinned to the gates of Buckingham Palace, the queen’s residence and the monarchy’s administrative headquarters. Parliament and all devolved legislatures were also adjourned.

The funeral will take place 10 days after the queen’s death. The prime minister will meet with Queen Elizabeth’s eldest son and successor, Charles III.

On D-Day+1, King Charles III will be proclaimed the new king and meet with the prime minister and Cabinet. Parliament will agree on a message of condolences, and parliamentary business will be suspended for 10 days.

On D-Day+2, the queen, who is currently in Balmoral Castle, Scotland, will have her coffin transported to Buckingham Palace in London.

On D-Day+3, King Charles will begin a mourning tour of the United Kingdom, starting in Scotland, to receive condolences.

On D-Day+4, Charles will continue his mourning tour of the UK and receive condolences in Northern Ireland.

On D-Day+5, the queen’s coffin will be transported from Buckingham Palace to the Palace of Westminster along a ceremonial route through London. A memorial service will then be held in Westminster Hall.

On D-Day+6, the queen will lie in state at the Palace of Westminster for three days, and be open for viewing to the public 23 hours a day.

On D-Day+7, King Charles will continue his mourning tour of the UK, and receive condolences in Wales.

On D-Day+8 and +9, the queen’s coffin will continue to lie in state for the public to pay their respects.

On D-Day+10, a day of national mourning will be proclaimed, and the state funeral will take place at Westminster Abbey. Two minutes of silence will take place at midday. The queen will be laid to rest at Windsor Castle, next to her father in the King George VI Memorial Chapel.-Bernama