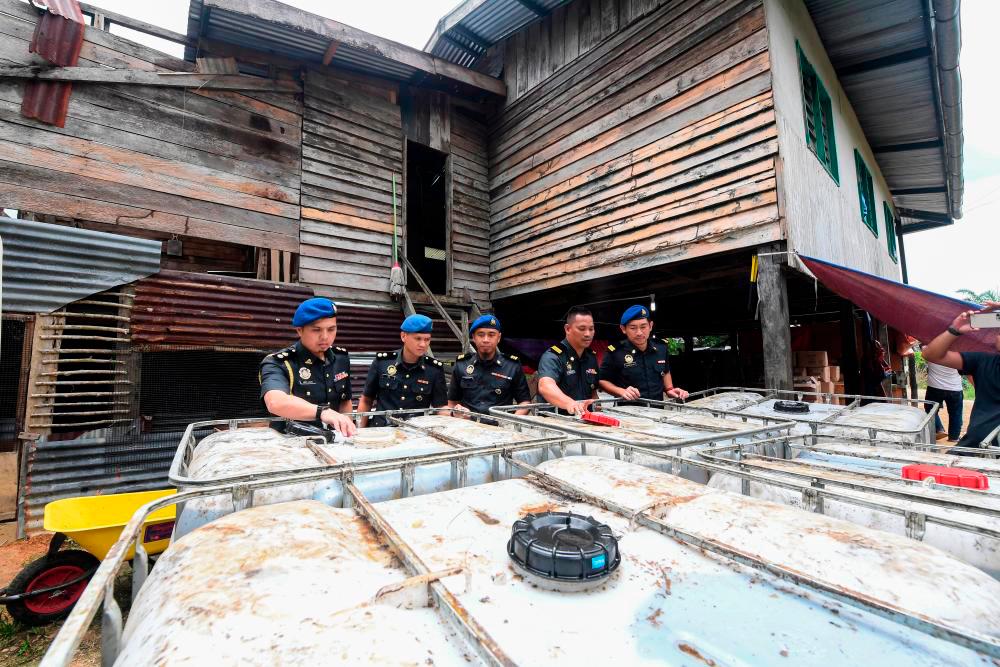 “The offences included the misappropriation of packet cooking oil that was resold in bottles and the supply of cooking oil to ineligible and unlicensed parties.

“Apart from this, there were traders who were caught hoarding or diverting and storing supplies of such goods in unlicensed places,“ he told reporters after conducting an inspection at a supermarket in Batu Caves in Gombak, Selangor today.

He said that since the establishment of the Task Force on Jihad against Inflation last June, 16,562 premises had been inspected through a special operation under the Ops ATM (Chicken, Chicken Eggs and Cooking Oil) while inspections had also been carried out on 729 repackaging premises, wholesalers and retailers.

Azman said 32 per cent of business premises had begun selling bottled cooking oil below the stipulated price compared to 17 per cent on Aug 8.

“This is a good step by the traders where they sell the goods below the set ceiling price while the rest follow the price set by the government,“ he added.

The chairman of the Task Force on Jihad against Inflation, Tan Sri Annuar Musa, announced on Aug 1 that palm cooking oil in five-kilogramme bottles would be sold at RM34.70 starting from Aug 8.-Bernama