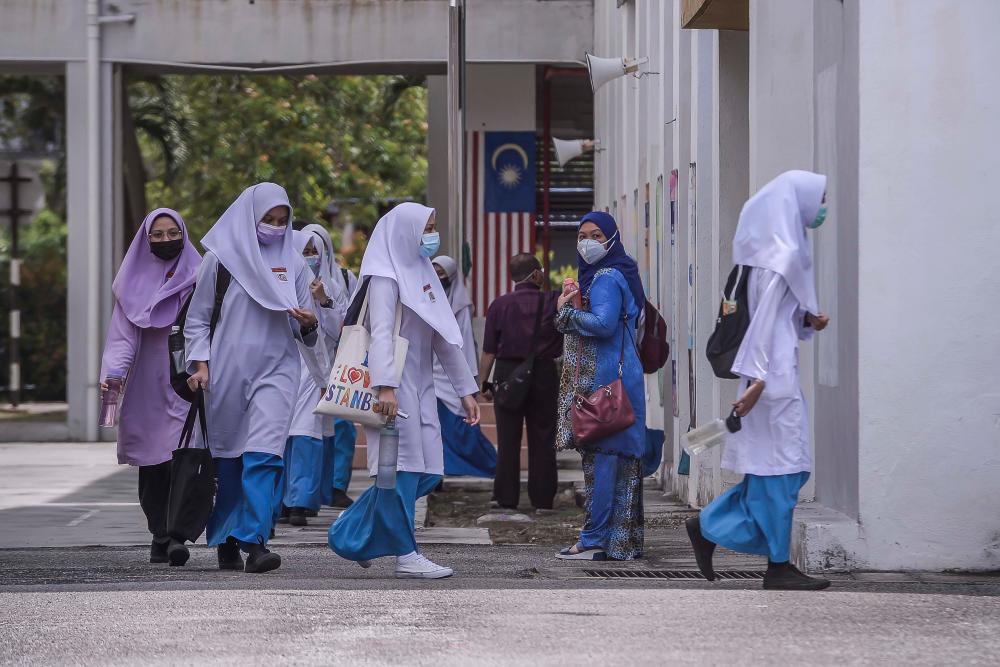 National Parent-Teacher Association Collaborative Council president Datuk Mohamad Ali Hasan raised a pertinent question: “Why is there a need to send students back to class if they had been doing well under the PdPR system?” – ADIB RAWI YAHYA/THESUN

KUALA LUMPUR: As schoolchildren return to classes after close to two years of home learning (PdPR), misgivings about the state of education in Malaysia is rising.

Stakeholders, namely parents and academics, are not convinced by assurances from education authorities that all is well.

This has led to a call for the education system to be overhauled to meet future needs.

National Parent-Teacher Association Collaborative Council president Datuk Mohamad Ali Hasan said it is time for the government to pause and work to streamline the education system.

“There is too much stress on theory but too little on the practical aspect,” he said.

For parents and academics, there already are tell-tale signs that the reality is quite the opposite of the rosy picture painted for them.

A mother worries about her nine-year-old son’s mastery, or lack thereof, of Bahasa Melayu while an academic wonders why there is a rush to send students back to school if online learning had been so effective.

The questions were in response to the outstanding results of the Sijil Pelajaran Malaysia 2020 exams and the high number of PhD students churned out by a local university.

This was the best performance in the SPM exams in five years. A total of 9,411 candidates, or 2.46% of the total, achieved straight As. That was 535 more than the previous year.

According to Education Minister Datuk Dr Mohd Radzi Jidin, the national average grade also improved to 4.80 compared with 4.86 in 2019.

At the tertiary level, the performance is equally impressive. At one university, 398 students were awarded a PhD last year, almost equivalent to some of the world’s top-notch institutions.

All that despite the disruptions to classes caused by the Covid-19 pandemic.

Mohamad Ali raised a pertinent question: “Why is there a need to send students back to class if they had been doing well under the PdPR system?”

“It is good to hear that something is working out, but how good are our students now?

He said he was not surprised by the fact that girls did better than boys.

“The system, based more on book learning, is tailored to the needs of girls. Boys happen to be more hands-on,” he said.

Mohamad Ali also worries about the state of tertiary education in Malaysia. He described it as puzzling that many local problems remain unsolved despite the large number of professional and doctorate students churned out annually.

“We have just had the floods and there are traffic problems. Where are our engineers and experts? If we have so many well-qualified professionals, why is the unemployment rate so high?”

He said improvements were needed and that should start from the primary level.

“We need better teachers and infrastructure. Students also need help moving from one level to another,” he added.

Wan Hashima Hashim, 36, sent her son to a private kindergarten because he did not qualify under the government pre-school programme.

“The medium of instruction at the kindergarten was English so my son, who is aged nine now, has a hard time brushing up his Bahasa Melayu,” she said.

“Now, he is classified as a slow learner and he is very frustrated,” she added.

Tajuddin told theSun that he had called on the ministry to trim the syllabus when the pandemic hit and home learning was introduced.

“Even if we trim it down by 30%, it would still be sufficient to enter university if the student does well enough.

“For those who don’t, remedial courses can be introduced,” he said.

He added that in the Malaysian education system, there has been too much emphasis on subjects that could yield economic benefits, leaving many students unable to adapt to work outside their areas of study.