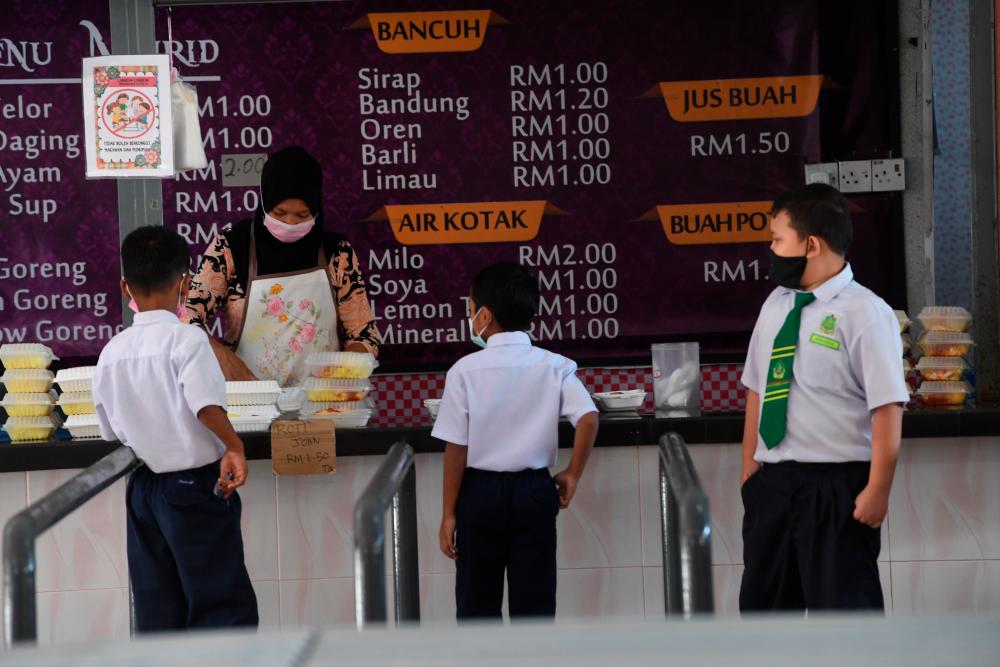 PETALING JAYA: Rich or poor, every child needs a good breakfast to start the day. Children are also more receptive to learning when their tummies are full, according to experts.

It is therefore imperative that the government restores the free breakfast programme at school, they said.

“While the poor households may not be able to afford it, the children from middle class families may also miss breakfast because their parents are too busy to prepare it for them, or it is too early in the morning and they do not have the appetite,” she told theSun.

She pointed out that breakfast is the most important meal of the day and should therefore not be missed to ensure optimal learning.

The Education Ministry had told the Dewan Rakyat last week that the free breakfast programme would be discontinued because the Supplementary Food Programme (RMT), which was already in place, was adequate.

The announcement was made in response to a question from Simpang Renggang MP Maszlee Malik who, as education minister in the Pakatan Harapan administration, introduced the free breakfast programme in 2019.

Noor Azimah pointed out that while the free breakfast programme catered to all pupils, the RMT only covered primary school children.

She said the economic fallout from the Covid-19 pandemic has also left more families, even those in the middle class, struggling.

“There are many more needy students now, and we must also ensure that they are fed,” she said.

“Food is a basic need and there should be no discrimination. The food given should also be sufficiently nutritious so that it does not go to waste,” she added.

Citing a 2007 review of 18 different studies, he said free meal programmes at schools in developing countries not only helped to improve physical growth for disadvantaged children but also led to increased attendance at school and enhanced performance in math.

“In the United Kingdom, the free breakfast has helped to advance reading, writing and math skills in primary schoolchildren by the equivalent of two months’ progress over the course of a year,” he told theSun.

In Bangladesh, the School Feeding Programme has helped to raise enrolment by 14.2 per cent, increased school attendance by about 1.3 days a month, and enhanced test scores by 15.7%.

He said rather than withdraw the free breakfast programme, the government should extend it to all children.

He added that Malaysian children suffer from what experts call the “double burden of malnutrition”, which is both under-nutrition and over-nutrition that leads to obesity.

“This problem is not confined to the B40 group.”

Kok said while it is more prevalent among the poor, stunted growth, which is an indicator of malnutrition in children, cuts across all income levels in Malaysia.

A 2016 survey showed that 29.8% of children aged five and below from households with incomes of less than RM1,000 a month experienced stunted growth.

The same survey showed that 17.4% of children in households with income levels above RM5,000 were similarly under-sized. This was 6.9% higher than the rate in other upper middle-income countries.

Kok said widening the free breakfast programme to cover all children could also help to eliminate the unintended consequences of stigmatisation that may arise for the target group, which is mainly children from B40 households.

“Children become aware of cultural stereotypes by 10 years old and those from stigmatised groups see it at an even younger age,” he said.

Kok added that a universal approach would be time and cost effective and would help prevent the usual pitfalls associated with targeting based on income or need.