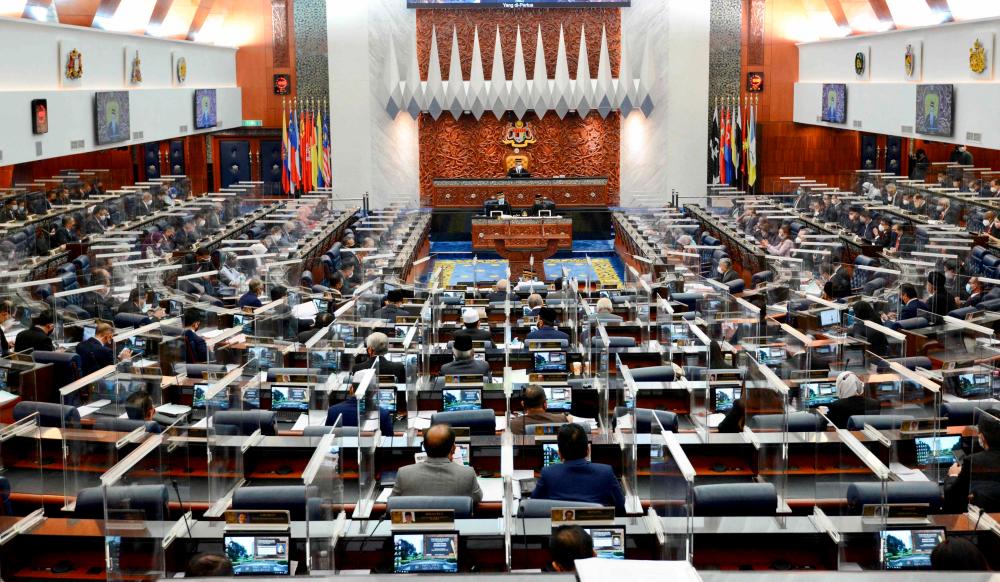 The meeting which will last for 16 days until March 24 is set to focus on efforts to prepare the country to enter the endemic phase of Covid-19 as well as on political stability through the government's intention to table the Anti-Hopping Bill.

The meeting will also see the election of a new Dewan Rakyat deputy speaker to replace Datuk Seri Azalina Othman Said who had resigned on Aug 23 last year.

“Of course, there will be a motion to elect the Deputy Speaker of Dewan Rakyat because for now I am the only one (deputy speaker) so we need another (deputy speaker),“ he said when contacted today.

Azalina resigned from the post at the Second Meeting of the Fourth Session of the 14th Parliament last year, however, she remained as the interim deputy speaker throughout the conference.

During the sitting on Oct 25, Minister in the Prime Minister’s Department (Parliament and Law) Datuk Seri Dr Wan Junaidi Tuanku Jaafar said the selection process for a new deputy speaker would be postponed to the next meeting.

According to Wan Junaidi, the motion was originally listed on the Order Paper of the Second Meeting of the Fourth Session but was postponed to allow the amendment to Article 57 (1) (b) of the Federal Constitution to add another deputy speaker post from two to three.

This will be followed by the reply session by the relevant ministers from March 14 to 17.

The last four days of the sitting from March 21 will be on Bills and other government matters.

Meanwhile, the Dewan Negara sitting which will be officiated simultaneously with the Dewan Rakyat sitting will take place for nine days from March 21.

He said Members of Parliament (MPs) and staff were required to undergo the Reverse Transcription-Polymerase Chain Reaction (RT-PCR) test three days before the sitting, adding that transparent barriers have been installed between the seats of MPs as a measure to ensure physical distancing.

“Covid-19 screenings, which were conducted for two days starting Thursday (Feb 24) at the Parliament building, detected 146 positive cases among 1,474 staff, media representatives and MPs,“ he said.

However, Azhar said a total of 183 MPs did not take the test carried out at the Parliament building, but underwent self-screening (in their capacity), adding that Dewan Rakyat would get their screening results before the meeting.

He said there was no limit to the number of MPs allowed to attend the sitting but they were advised to take turns.-Bernama