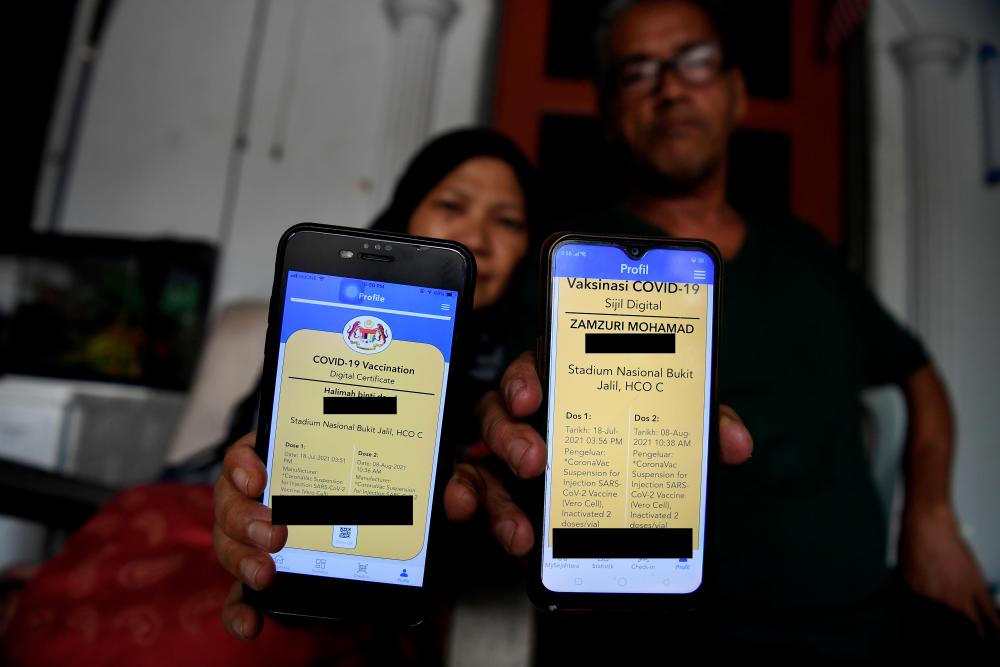 Federal police CID director Commissioner Datuk Abdul Jalil Hassan said today that police received a report related to the case after a posting on the sale of the digital vaccination certificate appeared in the account of a Facebook user.

He said the case is being investigated for providing fake information under Section 22(d) of the Prevention and Control of Infectious Diseases Act 1988 and the misuse of network facilities under Section 233 of the Communications and Multimedia Act 1998.

“We advise the public not to get involved with the falsification and sale of fake digital vaccination certificates. Those who have information on such activities should report it to the police.” Abdul Jalil said.

Since Monday, several netizens have claimed to be in the know of those who had acquired the digital vaccination certificates without being immunised.

In a screenshot of a WhatsApp conversation between two unknown individuals, it was alleged that an “insider” had helped an anti-vaxxer get the certificate on his MySejahtera application for a fee of RM200.

The postings had also come to the attention of Lembah Pantai Member of Parliament Fahmi Fadzil who urged the authorities to investigate the allegations.