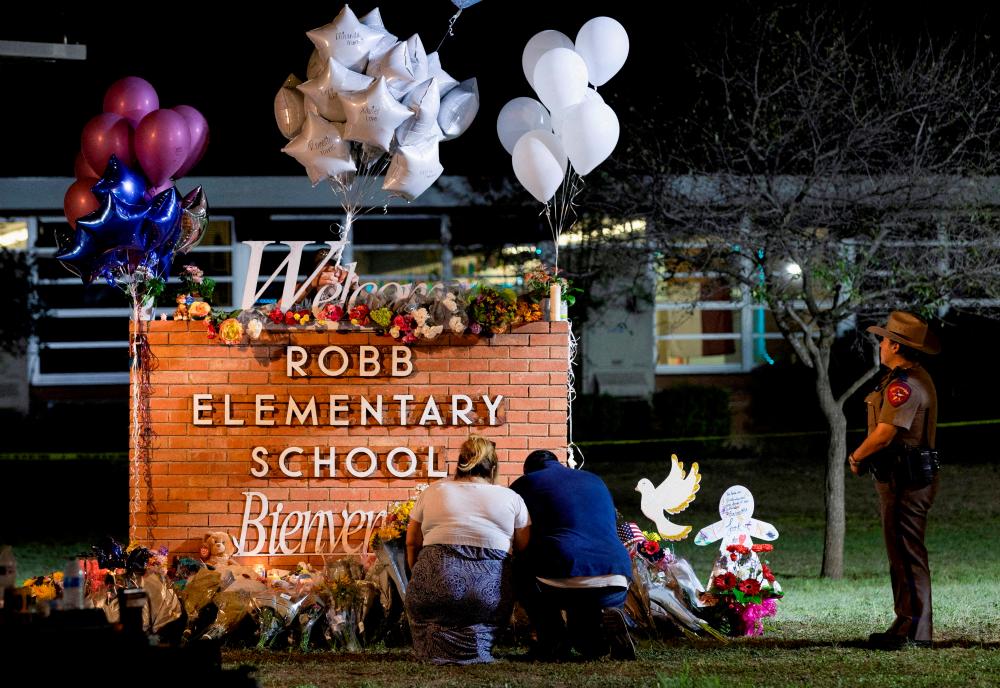 AN UVALDE police officer awaiting a supervisor’s permission to fire his rifle missed a chance to take out a school shooter who went on to massacre 19 children and two teachers, according to a report published on Wednesday.

The previously unreported detail was included in a report by the Advanced Law Enforcement Rapid Response Training Center at Texas State University that was commissioned by the Texas Department of Public Safety.

The Uvalde response has already come under withering criticism from senior law-enforcement officials, elected officials and the public. Outrage has focused on the widely reported detail that as many as 19 officers waited more than an hour in a hallway outside the classrooms where children were slaughtered before a U.S. Border Patrol-led tactical team finally made entry and killed the shooter.

Before entering the school grounds, the shooter had crashed his car and fired at a business across the street at 11:28 a.m., prompting a law-enforcement response.

At 11:33 a.m., before the shooter entered the school building, an Uvalde police officer at the crash scene observed the suspect carrying a rifle on school property. The officer, 148 yards (135 meters) from the attacker, was well within rifle range but was concerned that, if he missed, his shot could have penetrated a wall and endangered children, the report said.

The officer asked his unidentified supervisor for permission to shoot, according to the report.

“However, the supervisor either did not hear or responded too late. The officer turned to get confirmation from his supervisor and when he turned back to address the suspect, he had entered the west hallway unabated,“ the report said, citing the officer’s statement as relayed through the authors’ interview with an investigating officer.

The report concluded the officer would have been justified in using deadly force, citing the Texas Penal Code standard that an officer have “reasonable” belief that deadly force be necessary to stop a murder.

But “if the officer was not confident that he could both hit his target and of his backdrop if he missed, he should not have fired,“ the report said.

Uvalde police officials could not be reached for comment.

A separate state review is being conducted at the request of District Attorney Christina Mitchell Busbee of the 38th Judicial District. The Texas Department of Public Safety referred all queries to Busbee, who did not respond to a Reuters request for comment.

The 26-page report was based on school video, video taken by others from outside the school, officer body cameras, radio logs, testimony from officers who had been at the scene, and statements from investigators, the training center said, adding that the report should not be considered definitive or final.