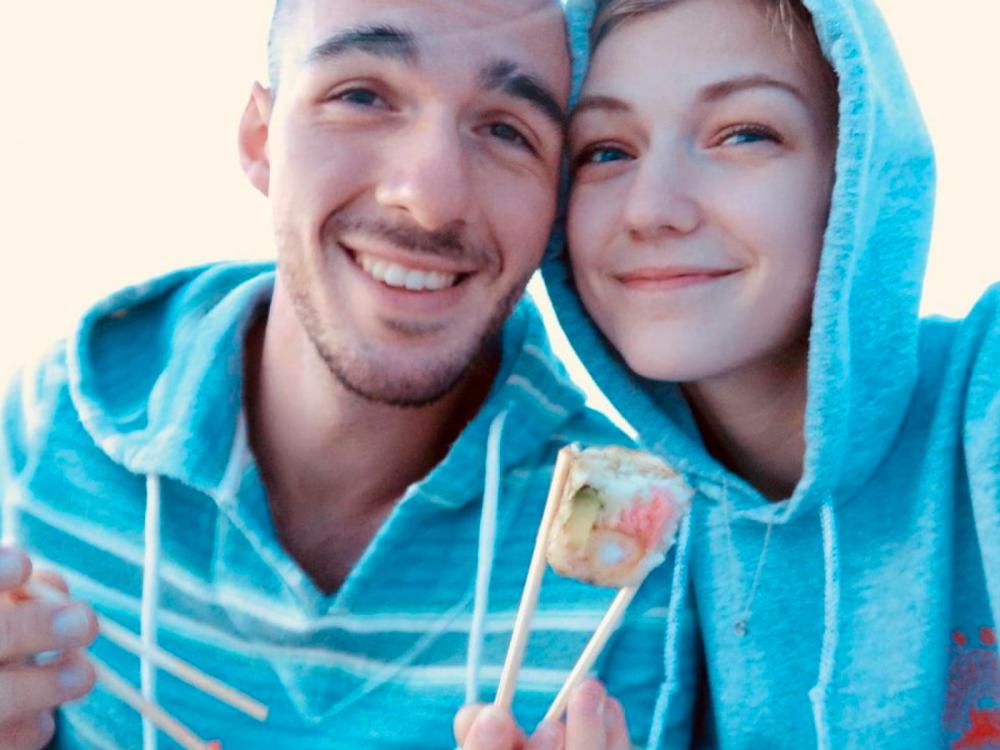 Gabrielle Petito, 22, who was reported missing on Sept. 11, 2021 after traveling with her boyfriend around the country in a van and never returned home, poses for a photo with Brian Laundrie in this undated handout photo. North Port/Florida Police/Handout via Reuters.

WYOMING: Police and FBI agents planned to resume their search of a swampy Florida wilderness for Gabby Petito's fiance on Wednesday, one day after the local coroner in Wyoming identified a body found there as the missing 22-year-old travel blogger.

Police have called Brian Laundrie, 23, a “person of interest” in the case, which has captivated Americans since Petito’s family reported her missing on Sept. 11. Ten days earlier, Laundrie had returned home to North Port, Florida, without her from a cross-country road trip.

Laundrie has not been seen since Sept. 14, when he purportedly left the family home in North Port with plans to hike alone in the nearby Carlton Reserve wilderness area. North Port police say they learned from Laundrie's family only on Friday, he had been gone for three days.

At nightfall on Tuesday, police and FBI agents broke off their efforts to find Laundrie in the vast, alligator-infested reserve, which has some 80 miles of hiking trails. Other sections are nearly impassable.

A North Port police spokesman said they would return there early on Wednesday to resume the effort.

Search teams found Petito's body on Sunday in a remote area of Bridger-Teton National Forest, in western Wyoming, less than 1,000 feet (300 meters) from where, on the evening of Aug. 27, a pair of travel bloggers recorded on video what appeared to be the couple's white Ford Transit van parked along a dirt road.

In identifying her remains, the Teton County Coroner's Office ruled Petito's death a homicide, but did not make the cause of her death public.

“The FBI and our partners remain dedicated to ensuring anyone responsible for or complicit in Ms. Petito’s death is held accountable for their actions,“ FBI Denver Special Agent in Charge Michael Schneider said in a statement.

Petito and Laundrie left her home state of New York in late June or early July, heading west in the van with plans to visit US national parks and document the trip on social media.

Witnesses last saw Petito on Aug. 24 as she left a Salt Lake City hotel. She posted her final photo the next day.

Petito's family believes she was headed to Grand Teton National Park when they last heard from her. Her body was found at the edge of the park, near the Spread Creek Dispersed Camping area.

On Monday, investigators served a search warrant on the Laundrie family home. They were seen loading cardboard boxes into a van and towing away a silver Ford Mustang.

In seeking the search warrants, investigators cited an Aug. 27 text from Petito’s phone to her mother, Nicole Schmidt, which describes getting calls and voice messages from “Stan,“ Petito’s grandfather.

Schmidt told investigators the text was odd because her daughter would not usually refer to her grandfather by his first name. Petito's family has said a second text message also seemed suspicious.

Last week, police in Moab, Utah, released body camera video of an Aug. 12 encounter that two of their officers had with Petito and Laundrie during a traffic stop.

Petito sobs in the video as she describes a quarrel with Laundrie, and admitted that she slapped him. The officers did not detain the couple but insisted they spend that night separately, Petito in the van and Laundrie at a hotel.

That same day, a caller told emergency dispatchers that he had seen Laundrie slapping and hitting Petito, according to audio of the 911 call released by the police. -Reuters