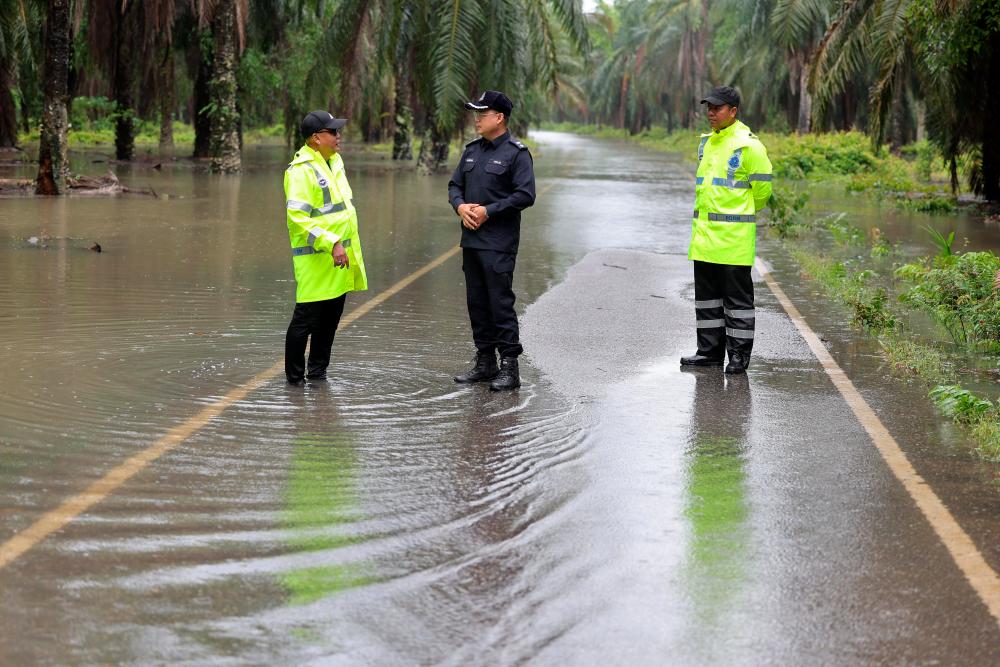 KOTA TINGGI: The public has been advised to avoid camping and recreational activities in the Kota Tinggi district following the current floods and unpredictable weather conditions.

Kota Tinggi district police chief Supt Hussin Zamora said this was to prevent any untoward incident such as being left stranded as what had happened to a group of individuals while camping at Tanjung Lompat, here, yesterday.

“The road at the campsite area was flooded following non-stop rain, so they were left stranded. However with the help of the police and the fire department they all managed to get out through an alternative route

“As such, I urge recreational facilities operators to be more responsible and to cooperate with police. If possible, suspend the activities for the time being if the weather does not permit,” he told a press conference after visiting a flood relief centre at Kampung Perpat here, today.

He said this when asked whether there has been any directive on the closure of campsites after the incident where 35 people were stranded at a campsite in Tanjung Lompat yesterday.

“So far no directive has been issued yet. We will usually do so based on the current situation and our evaluation. If it is unsafe and risky we will order the premises to be closed through the local authorities,“ he said

Yesterday, Penawar Fire and Rescue Station chief Masri Ibrahim reportedly said a distress call regarding a group of people being stranded at a campsite was received at 2.19 pm.

He said an alternative route near a hotel was opened for the victims to exit to the main road.

Meanwhile, Hussin said the flood situation in Kota Tinggi was still under control and six relief centres have opened, adding that no main road in the district has been cut off or closed so far. -Bernama