Reaction to the announcement of European Super League 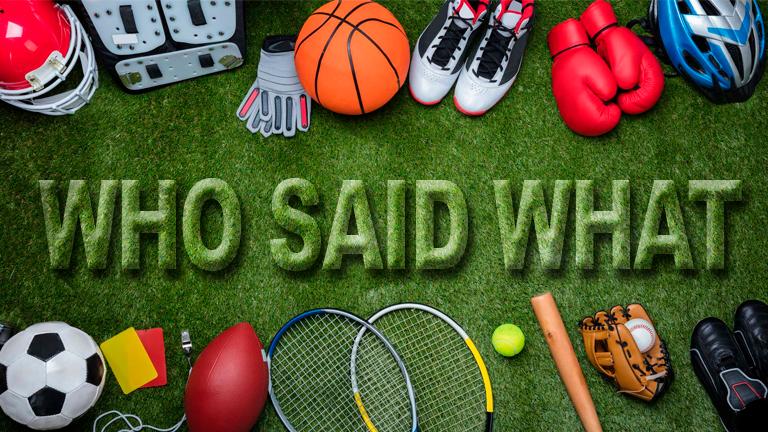 Here, AFP Sport takes a look at some of the reaction to the news:

"The clubs concerned will be banned from playing in any other competition at domestic, European or world level, and their players could be denied the opportunity to represent their national teams." – UEFA threatened to ban teams from other European competitions

"Against this background, FIFA can only express its disapproval to a 'closed European breakaway league' outside of the international football structures and not respecting the aforementioned principles." – World football's governing body FIFA

"Fans of any club in England and across Europe can currently dream that their team may climb to the top and play against the best. We believe that the concept of a European Super League would destroy this dream." – English Premier League

"Football is the only global sport in the world with more than four billion fans and our responsibility as big clubs is to respond to their desires." – Real Madrid president and new Super League president Florentino Perez

"I'm disgusted. It's an absolute disgrace. We have to wrestle back power from the clubs at the top of this league and that includes my club." – Former Manchester United captain Gary Neville

"We, the coaches, are ready to coach the clubs. I have no doubt that the club will make the best decision for what is best for the future of the club." – Atletico Madrid coach Diego Simeone

"We have come together at this critical moment, enabling European competition to be transformed, putting the game we love on a sustainable footing for the long-term future, substantially increasing solidarity, and giving fans and amateur players a regular flow of headline fixtures that will feed their passion for the game while providing them with engaging role models." – Juventus chief Andrea Agnelli

"In light of today's reports on the subject of a so-called breakaway league, ECA as the body representing 246 leading clubs across Europe reiterates its stated commitment to working on developing the UEFA Club Competitions (UCCs) model with UEFA for the cycle beginning 2024 and that a 'closed super league model' to which media articles refer would be strongly opposed by ECA." – European Club Association (ECA)

"Plans for a European Super League would be very damaging for football and we support football authorities in taking action. They would strike at the heart of the domestic game, and will concern fans across the country. The clubs involved must answer to their fans and the wider footballing community before taking any further steps." – UK Prime Minister Boris Johnson

"The President of the Republic (Emmanuel Macron) welcomes the position of French clubs to refuse to participate in a European football Super League project threatening the principle of solidarity and sporting merit. – France's Elysees Palace to AFP

"For me it's absolutely unacceptable what is going on behind the scenes. Nobody wants it -- not even the fans of the clubs who want to go there want it." – Southampton manager Ralph Hasenhuttl

"#Embarrassing as fan representatives we are appalled & completely oppose this decision. (Liverpool's owners) FSG have ignored fans in their relentless & greedy pursuit of money. Football is ours not theirs. Our football club is ours not theirs." – Liverpool supporters' union Spirit of Shankly

"What we have heard so far does not please us. Nasty things happen and we were probably made fun of. Today, football is difficult, the big teams have lost a lot and the system needs to be overhauled. But in sports there has to be meritocracy, sometimes being too greedy is a bad thing." – Italian Serie A club Sassuolo

"Hungary is convinced that the beauty and pre-eminence of the greatest game in the world is given by the fact that this sport belongs to everyone and cannot be taken over by the richest." – Bertalan Havasi, press chief of Hungary's Prime Minister Viktor Orban, to Hungarian news agency MTI

-- "What an embarrassment we've become @LFC think of all the people who have come before us at this club who would be equally embarrassed as well." – Former Liverpool defender Jamie Carragher, replying to the club's announcement on Twitter

"I love football and I cannot remain silent about this, I believe in an improved Champions League, but not in the rich stealing what the people created, which is nothing other than the most beautiful sport on the planet." – Paris Saint-Germain's Spanish midfielder Ander Herrera