Ringgit to recover as economy emerges from ‘double-dip’ recession 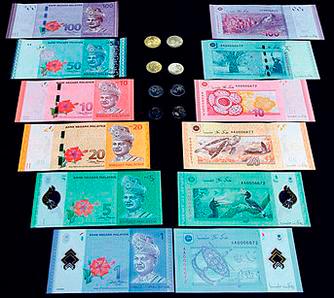 KUALA LUMPUR: HSBC Group believes the undervalued ringgit will recover in 2022 as Malaysia’s economy emerges from a ‘double-dip’ recession despite a lot of uncertainties.

Asian economics research co-head Frederic Neumann said even though the US dollar-Malaysian ringgit pairing is hovering near its year-to-date high due to various external challenges, the bank is optimistic about Malaysia’s consumption prospects and exports outlook.

“Foreign direct investment (FDI) inflows could rise further based on previously approved FDI applications, and this should support the ringgit as the source of growth,” he said during the HSBC Asian Outlook 2021 virtual briefing today.

He added that Bank Negara Malaysia’s (BNM) policy normalisation should also help the local note to maintain a yield advantage against the US dollar and keep real rates positive.

He noted that apart from COVID-19 developments, another risk to the constructive outlook on the domestic note was political uncertainty, which may weigh on sentiment and affect capital flows.

He added that as the labour market strengthens, core inflation may gradually trend higher, approaching two per cent by the end of 2022.

“This will allow BNM to initiate a gradual tightening process in the second half of 2022, and we expect a total of 100-basis point rate hikes over 2022 and 2023,” said Neumann.

He also said Malaysia is currently attracting the highest share of FDI commitments in Asia, which bodes well for the future and outlook of the manufacturing sector.

On Asia’s economic outlook, he said the Omicron variant is still making its way through many countries, and is expected to disrupt economic activities in the first quarter of 2022.

“Nevertheless, we expect Asian economic growth to be at 5.3 per cent in 2022 -- lower than last year, but still signifies continued recovery and normalisation,” said Neumann.