RM1.38 billion spent to upgrade 291 dilapidated schools in Sarawak since 2016 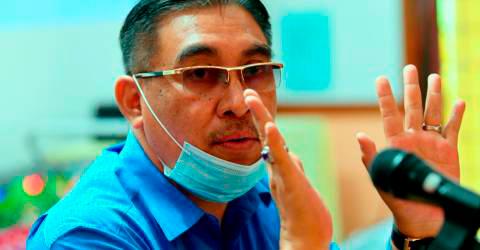 KUALA LUMPUR: A total of 291 dilapidated schools in Sarawak have been upgraded and rebuilt since 2016, involving an allocation of RM1.38 billion, the Dewan Rakyat was told today.

Deputy Education Minister II Muslimin Yahaya (pix) said on Feb 20, 2019, the government has agreed on RM1 billion funds offer by the Sarawak state government to be channelled to upgrade dilapidated schools in the state.

He said the funds would be used according to a specific mechanism agreed by the ministry and the state government and would be carried out in three phases.

“To date, a total of 93 projects from Phase 1 and 2 costing RM700 million have been approved through the development allocations under the 2019 and 2020 rolling plans.

“The project implementation comprises various scopes such as the construction of classrooms, administration block, hostels, teachers’ residence, quarters, dining hall, library, science room, toilets and other facilities,” he said in reply to Ahmad Johnie Zawawi (GPS-Igan) on the status of the project to upgrade dilapidated school in Sarawak and the cost involved, during question time.

Elaborating, Muslimin said as of yesterday, 21 projects under Phase 1 are under construction, while another 20 are at the pre-construction phase.

“Out of the 20, four projects have been advertised on July 25, 2020, and the tender will be closed on Aug 10, 2020, while 10 projects are in the process of finalising appointments at the Procurement Board and the other six are expected to be tendered out by end of next month.

“For Phase 2, all projects are in the pre-construction phase. The Sarawak Public Works Department is in the midst of carrying out survey work as well as preparing detailed drawings and tender documents,” he said, adding that the tenders for these projects were expected to be opened from Aug 22, 2020. -Bernama