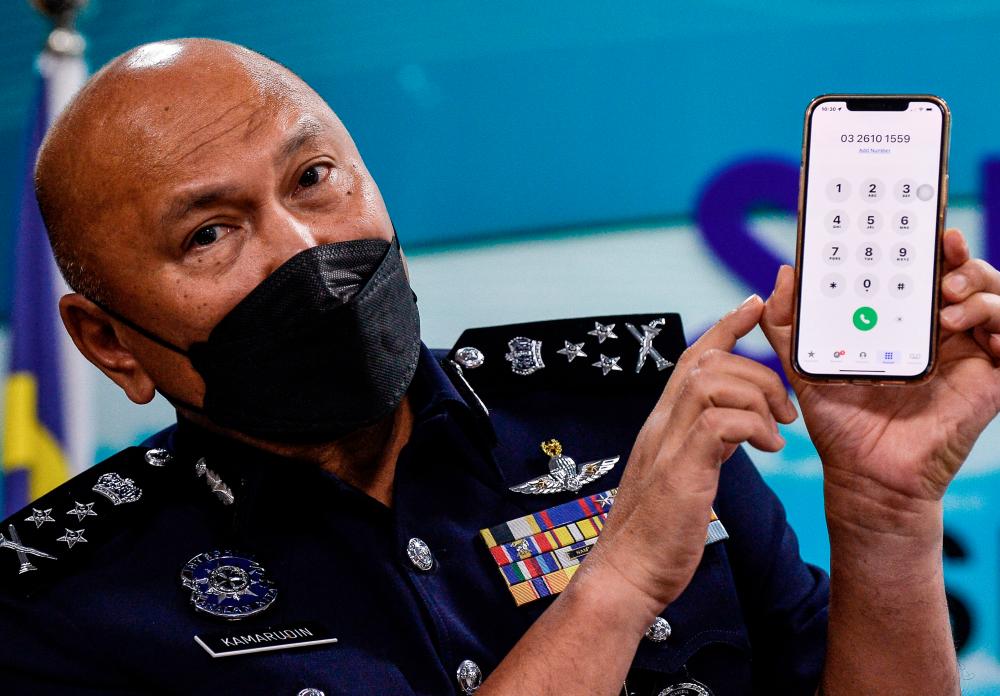 “The amount, RM1,389,329,194.49 in total, was chalked up through 21,089 cases. They involved crimes such as fraud, criminal breach of trust, unlicensed money lending, cybercrimes, counterfeit money, forgery and fraudulent appropriation of property,” he said.

Giving a breakdown of the crimes, Mohd Kamarudin said the highest financial losses were incurred through cheating, with RM981,664,147.85 involving 19,437 cases.

Mohd Kamarudin advised the public to stay vigilant and get to know the latest modus operandi involving commercial crimes.

“The CCID is constantly sharing information on the latest modus operandi of commercial crimes through our Facebook page at https://www.facebook.com/JSJKPDRM/

“Please visit our Facebook page to get updated so as not to fall victim to scammers.

Criminologist Datuk Dr P. Sundaramoorthy, who is a member of the Malaysia Crime Prevention Foundation, said aggressive awareness campaigns can help prevent or lower the number of such scams.

“Creating awareness on how not to fall for a scammer’s trap is important. It seems like every day, we read or hear of people losing their hard-earned money to scammers.

“The authorities and NGOs can step up their anti-scam campaigns by providing knowledge to the masses using social and mainstream media.”

Sundramoorthy said scams are financially lucrative for crime syndicates, especially when the probability of detection, arrest and prosecution is very low, not just in Malaysia but worldwide.

“Scamming has become as big as the drug trade that is happening globally.

“I am sure the authorities have a plan to tackle this issue. What the public can do now is to be prudent, conscious and careful. Stop answering phone calls from unknown numbers.

“If anyone wants to get in touch with you, they will send you a message and introduce themselves.”

However, Sundramoorthy said one of the biggest contributors to the high number of investment scams are those who willingly put money into “get rich quick” schemes.

“If everyone successfully gains a lot of money through investment schemes, all Malaysians will be rich, but that is not the case. So, it is too good to be true.

“People fall for such scams because of their greed, illogical thinking and gullibility.

“These people do not deserve sympathy because there is no easy way to get money. We all have to work hard for it,” he said.