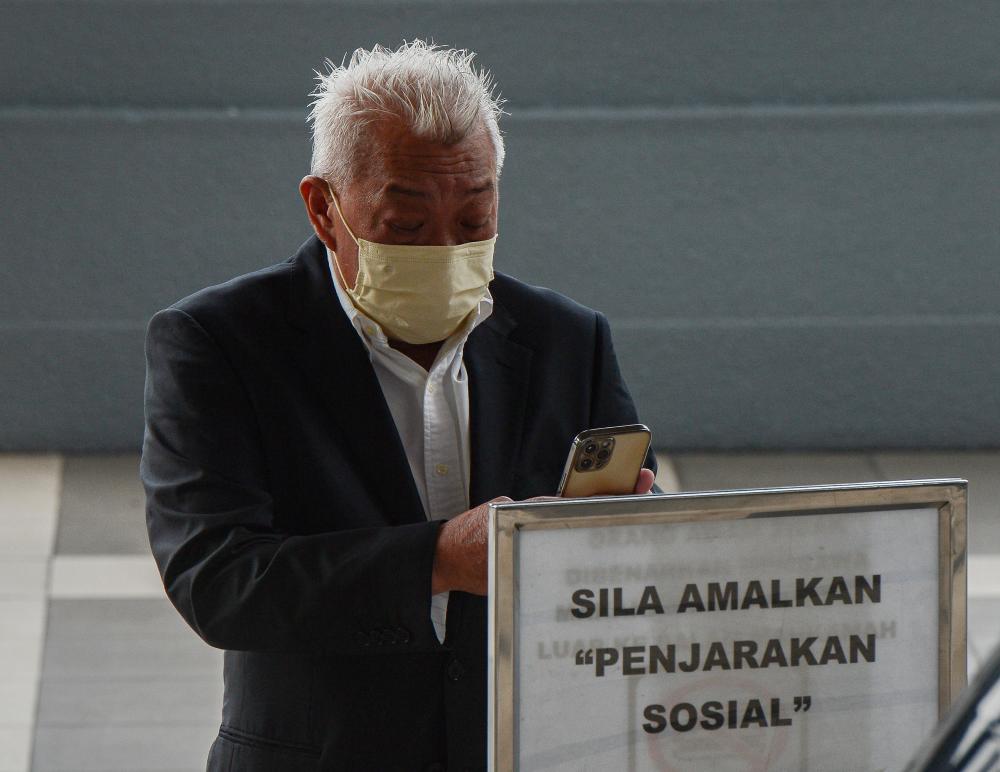 Malaysian Anti-Corruption Commission (MACC) investigating officer (IO) Mohd Haris Ibrahim, 42, said he recommended to the prosecution to charge the couple based on documents obtained and witness statements (recorded by the MACC).

“The amount recommended for the charge against Datuk Seri Bung Moktar and Datin Seri Zizie Izette is RM2.8 million,” he said during the examination-in-chief by deputy public prosecutor Law Chin How in the hearing of a corruption case involving Bung Moktar and Zizie Izette over a Felcra investment in Public Mutual Berhad unit trusts.

The MACC senior superintendent said that based on the investigation findings, he had recommended to the prosecution that Bung Moktar be charged under Section 17(a) of the MACC Act 2009, while Zizie Izette be charged with abetting him under Section 28(1) © of the same Act.

When asked whether the issue of RM2.8 million had ever been raised as an “introduction fee” to Zizie Izette before the charge was proposed against the couple, the last and 27th prosecution witnesses said: “Never.”

Law: When did you hear that the RM2.8 million was an “introduction fee” for Datin Seri Zizie Izette?

Mohd Haris: I heard about the “introduction fee” in February 2021 after being informed by the IO who replaced me in this case, that is senior superintendent Mohd Ihsan.

In an earlier proceeding, trust fund consultant Norhaili Ahmad Mokhtar told the court that Zizie Izette deserved to receive an introduction fee of RM2.8 million as the actress had introduced her husband for Felcra to invest RM150 million in the Public Mutual unit trusts.

Mohd Haris also told the court that Norhaili and an investment agent, Madhi Abdul Hamid, had never been forced or threatened by the MACC when they had their statements recorded at the MACC headquarters in Putrajaya between 2016 and 2017.

When asked by Law whether the two agents had ever complained anything to the MACC when their statements were being recorded, Mohd Haris said, no.

On May 3, 2019, Bung Moktar, 64, pleaded not guilty to two charges of accepting bribes amounting to RM2.2 million and RM262,500 as an inducement to obtain Felcra’s approval to invest RM150 million in Public Mutual unit trusts.

Bung Moktar, who was the non-executive chairman of Felcra at the time, was accused of accepting bribes from Madhi through Zizie Izette at Public Bank’s Taman Melawati branch here between 12.30 pm and 5 pm on June 12, 2015. 5.No tournaments in China as WTA releases updated schedule