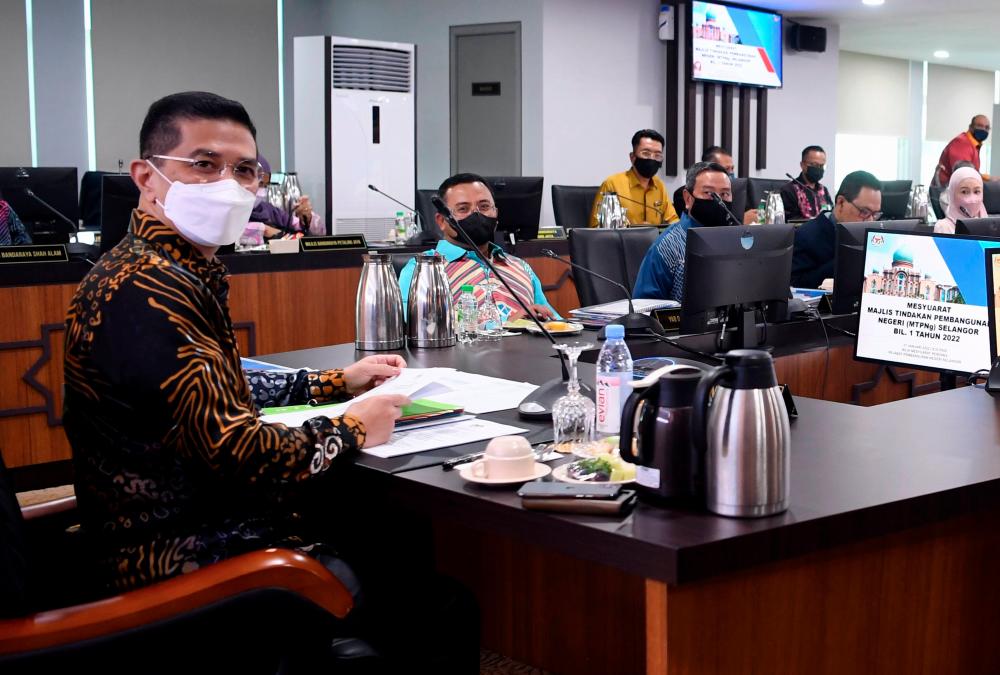 SHAH ALAM: An allocation of close to RM8 billion has been approved for the implementation of 205 projects in Selangor under the Third Rolling Plan of the Twelfth Malaysia Plan (12MP), said Minister of International Trade and Industry Datuk Seri Mohamed Azmin Ali(pix).

The Senior Minister said the approval will be brought to the Economic Planning Unit (EPU) for immediate implementation.

“The projects we have listed in the Third Rolling Plan of 12MP for Selangor are the outcome of discussions between the ministries and departments and the state government,” he told reporters after chairing the Selangor Development Action Council meeting here, today.

Mohamed Azmin who is also chairman of the Selangor Development Action Council said among the important projects that will be implemented are the flood mitigation project involving several river basins in the state.

“This is because we want to see that these efforts are being expedited as the impact of the recent flooding was very significant not only on the citizens but also on the state and country’s economy,” he said, adding proactive measures must be put in place to address such disasters.

“We must take proactive measures including formulating new approaches in tackling disasters such as this and also building infrastructure that are appropriate and more sustainable and comprehensive,” he said.

Mohamed Azmin said, besides that, two ailing projects in the state were also discussed during the meeting which involved a school in Semenyih and a bridge in Hulu Selangor.

“The Public Works Department and Education Ministry have given explanations on the cause of the project delays and measures taken to ensure these projects would be completed immediately.”

Apart from that, he said a strategic cooperation between the Federal and Selangor government was also discussed for programme to eradicate poverty, wherein the development of a database that is more comprehensive can be completed at the state and district levels.

“This is to facilitate the channelling of aid to those affected, when the need arises. When the target groups have been identified, the distribution of aid will be more effective and comprehensive, for the successful implementation of the Federal government policies together with the state,” he added.-Bernama