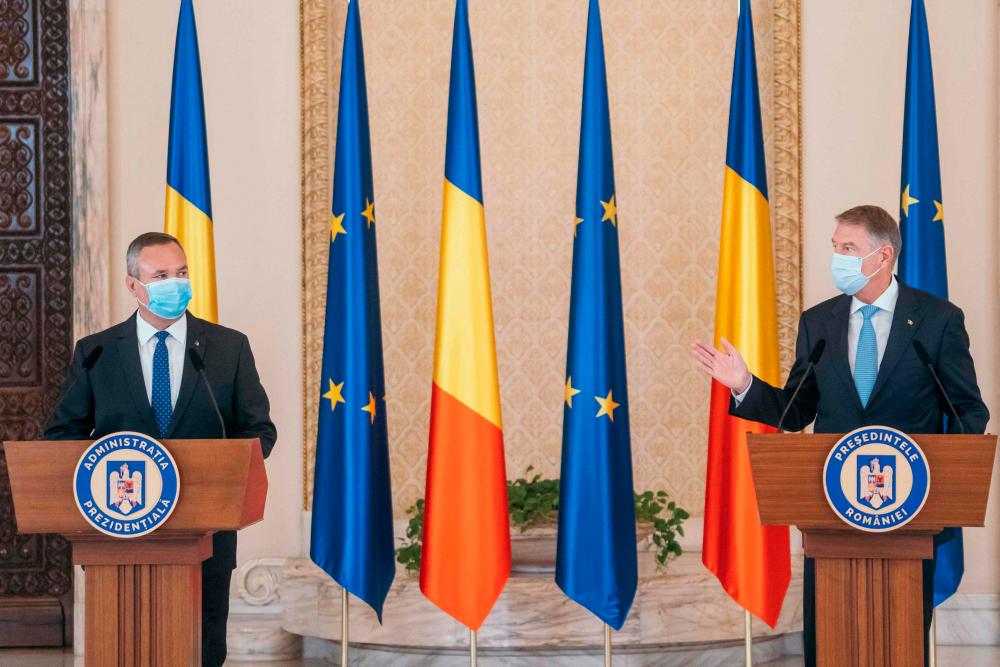 “This crisis has lasted too long,“ Iohannis said as he announced the nomination at the Cotroceni Presidential Palace.

“We have the pandemic, winter is knocking at the door, energy prices are increasing,“ he said, stressing that there is need for a government with full powers to handle all these issues.

Ciuca, 54, proposed by the centre-right National Liberal Party (PNL), is Iohannis's second nominee after his first choice, centrist Dacian Ciolos, failed to win a confidence vote in Parliament on Wednesday.

“I understand this mandate as a gesture of responsibility in order to overcome the crisis in which we are,“ Ciuca, a reserve army general, said, adding that “we will negotiate with all the responsible forces so in the shortest possible time we can form a government.”

The PNL has ruled out rebuilding the former three-party centre-right coalition that included the Save Romania Union (USR) and decided to form a minority cabinet only with the Democratic Alliance of Hungarians in Romania (UDMR). Therefore, the prime minister-designate needs the parliamentary backing of the main opposition Social Democratic Party (PSD) to win a vote of confidence.

According to observers, the PSD is likely to provide this support. PSD leader Marcel Ciolacu said late on Thursday that he had already agreed to a meeting with Ciuca.

Under the country's Constitution, the prime minister-designate has ten days to form a government and win a vote of confidence in Parliament.

The coalition government led by PNL President Florin Citu collapsed on Oct 5 in a censure motion initiated by the PSD and supported by most other parties in Parliament.

On Oct 11, Iohannis tasked USR leader Ciolos with forming a new government, but the latter failed to secure majority support in Parliament for his proposed minority cabinet.

The month-long political stalemate comes against the backdrop of the worst-ever phase of the pandemic in the eastern European country. This week, Romania registered a record daily new Covid-19 infections of 18,863, and 574 deaths, with 1,815 people in intensive care.-Bernama