Russia's Foreign Minister says recognition of Taliban 'not on table' 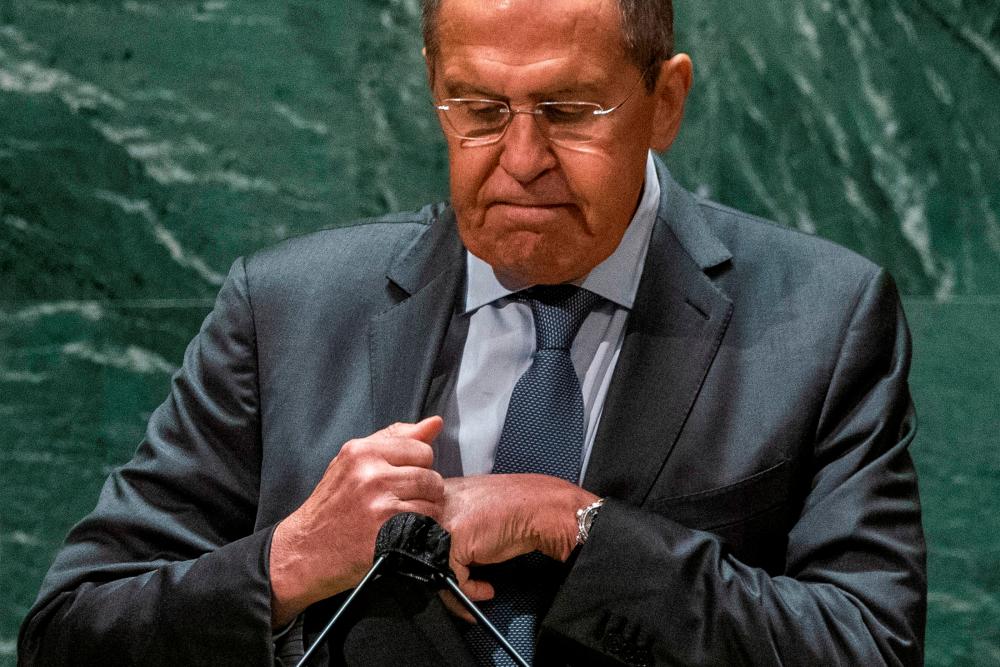 NEW YORK: Russia’s Foreign Minister Sergei Lavrov(pix) on Saturday said that the recognition of Taliban in Afghanistan was not currently “on the table,“ reported Anadolu Agency.

Speaking at a news conference on the sidelines of the 76th session of the UN General Assembly, Lavrov said: “The question of international recognition of the Taliban at the present juncture is not on the table.”

He also added that they are in contact with the Taliban and that it is extremely important that the Taliban fulfill their promises.

Asked about the increasing Russian attacks in Syria's Idlib, Lavrov said that the issue will be discussed in a meeting between Turkey's President Recep Tayyip Erdogan and Russia's Vladimir Putin on Sept. 29, noting that they had previously reached an agreement over Idlib.

Noting that Moscow maintains periodic contacts with Washington on the east of the Euphrates, Lavrov said that the presence of the US in Al-Tanf and Rukban regions of Syria is unacceptable.-Bernama