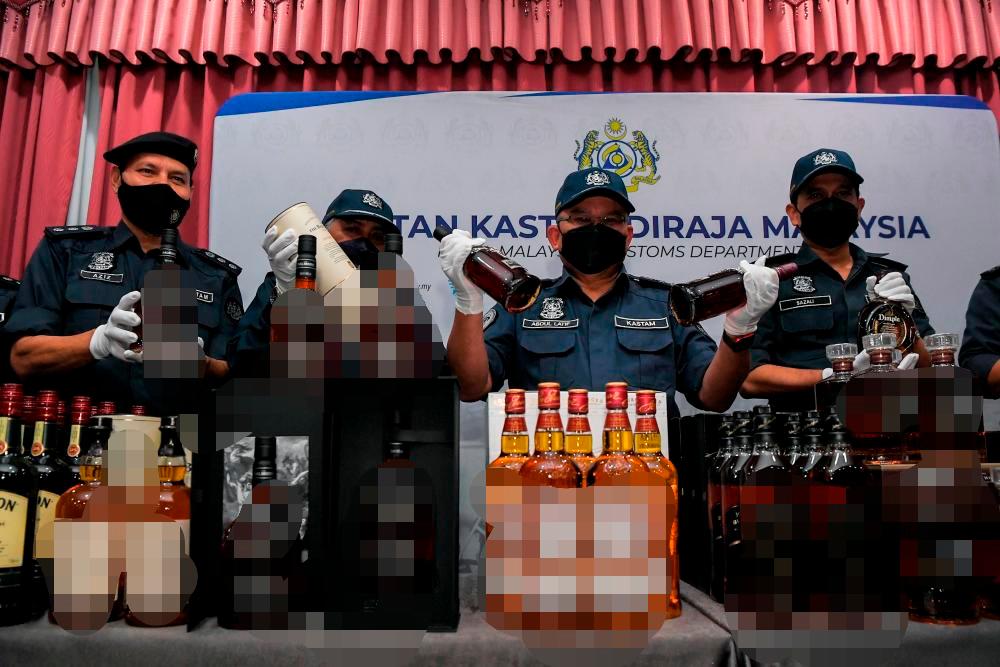 KOTA KINABALU: The Sabah Royal Malaysian Customs Department (JKDM) seized three containers of contraband liquor on July 29. The liquor, worth more than RM1.56 million including tax, was trying to be passed off as other merchandise.

Sabah Zone Customs assistant director-general Julaiman Soimin said the seizure involved 9,000 boxes of liquor of various brands, with a market value of RM658,000 and a tax amounting to RM910,000.

He said at 10.50 am on the day in question, when his team inspected the containers that arrived from overseas at Sepanggar Port, a scanned image of the containers revealed that they (containers) held boxes of drink.

“The modus operandi in this case was that the liquor, intended for smuggling activities, was declared as other merchandise to avoid detection by the authorities. Investigations are underway and no arrests have been made so far in connection with the case,“ Julaiman told reporters at Port Sepanggar here today.

He called on the public to give their cooperation by channelling any information regarding smuggling activities to the Customs toll-free line at 1-800-88-8855 or the nearest JKDM office.

“JKDM will guarantee that informants’ identities will remain confidential,“ he added.-Bernama