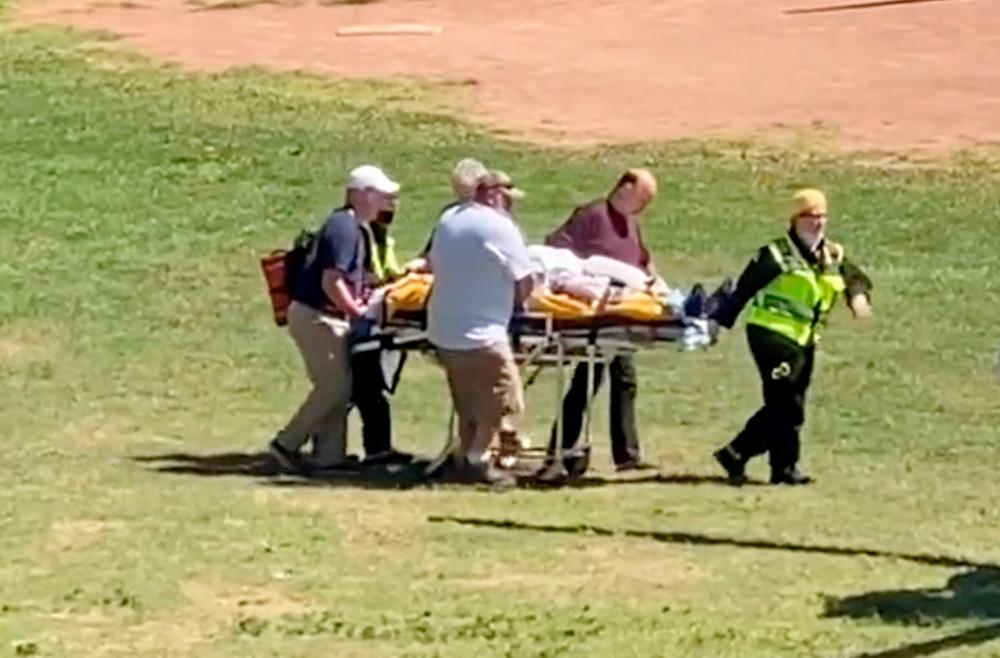 Author Salman Rushdie is transported to a helicopter after he was stabbed on stage before his scheduled speech at the Chautauqua Institution, Chautauqua/REUTERSPix

HADI MATAR, the suspect in the attack on author Salman Rushdie at an event in New York state, has been charged with attempted murder and is being held without bond, the Chautauqua County District Attorney's office said on Saturday.

Schmidt said state and federal law enforcement agencies, including in New Jersey, were working to understand the planning and preparation which preceded the attack and determine whether additional charges should be filed.

Indian-born author Rushdie, who spent years in hiding after Iran urged Muslims to kill him over his novel “The Satanic Verses”, was stabbed in the neck and torso on stage at a lecture on Friday. After hours of surgery, Rushdie was on a ventilator and unable to speak on Friday evening.

Reuters could not immediately establish whether Matar, who bought a pass to the event at western New York's Chautauqua Institution, had legal representation.

Matar was born in California and recently moved to New Jersey, the NBC New York report said, adding that he had a fake drivers license on him.

New York and New Jersey police did not immediately respond to a request for comment on the NBC New York report.

Police said on Friday they had not established a motive for the attack on Rushdie, 75, who was being introduced to give a talk to an audience of hundreds on artistic freedom when the attacker rushed to the stage and lunged at the novelist. Rushdie has lived with a bounty on his head since 1989.-Reuters 3.Cough syrups linked to deaths of children, not registered in M’sia

4.British firms most downbeat about profits since Q4 2020: Survey