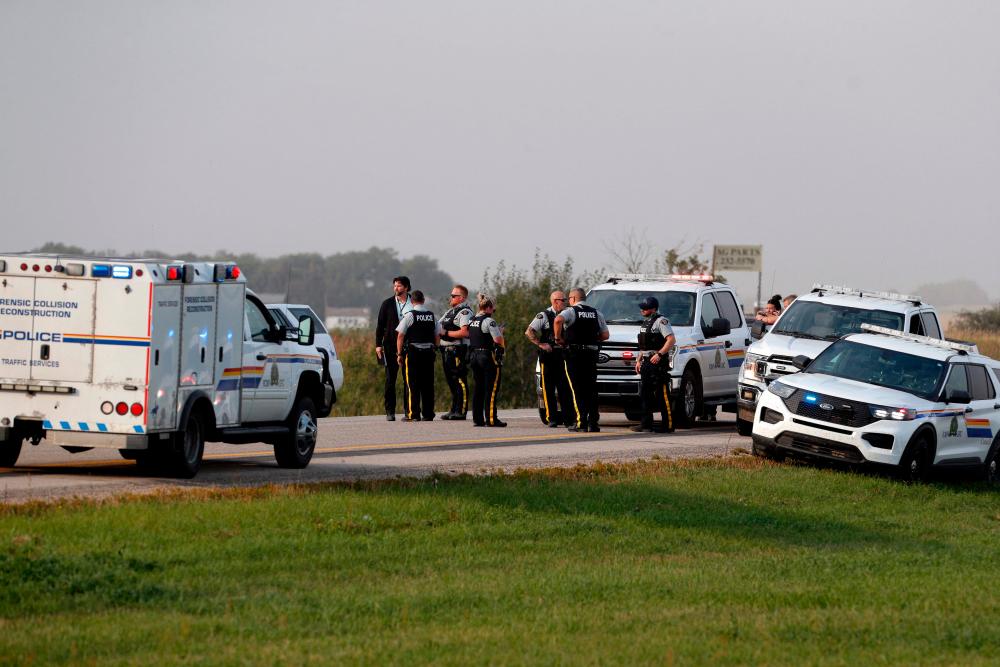 Royal Canadian Mounted Police are seen at the scene where suspect Myles Sanderson was arrested, along Highway 11 in Weldon, Saskatchewan, Canada/AFPPix

TRENTON: The second suspect in a stabbing rampage in Canada died after he was apprehended by police and went into “medical distress,“ police said Wednesday, Anadolu Agency reported.

Myles Sanderson, the subject of a four-day manhunt, was captured by police in a small town about 124 kilometres from the scene where 10 residents died and 18 were wounded in a stabbing spree Sunday.

Nine stabbings occurred on the James Smith Cree Nation reserve and one in the nearby village of Weldon.

At a news conference late Wednesday, Royal Canadian Mounted Police (RCMP) Assistant Commissioner Rhonda Blackmore said Sanderson was driving a stolen Chevrolet Avalanche truck when he was spotted by an officer in an unmarked car.

Police converged on the area and the truck was forced off the road and into a ditch. The suspect was taken from the vehicle and handcuffed, she said.

Sanderson was taken by ambulance to a hospital where he died.

The other suspect in the murders, Myles’ brother, Damien Sanderson, was found dead Monday with wounds that did not appear to be self-inflicted, said police.

The stabbing spree was one of the worst mass murders in Canadian history.-Bernama