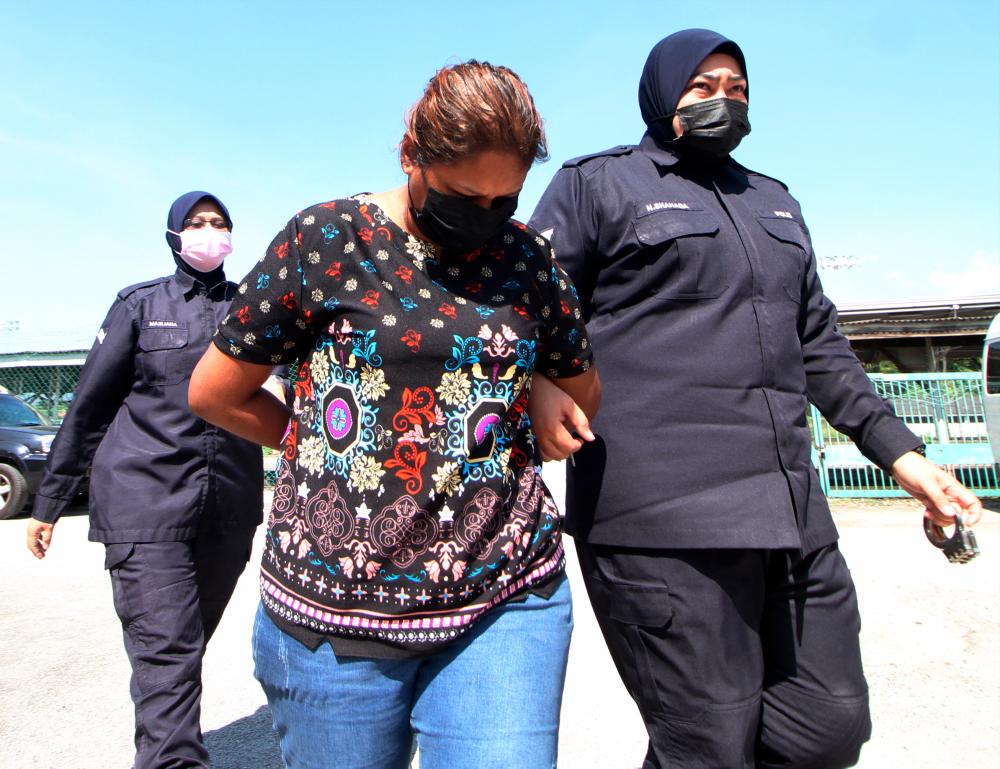 S. Gunasilan, 35, and his sister S. Eswari(pix), 42, pleaded not guilty after the charges against them were read out separately before Magistrate Nur Melati Diana Abdul Wahab and Magistrate Khir Nizam Jemari.

Gunasilan, who is unemployed, was accused of making criminal threats against K. Shanmuga Priya, 38, by threatening to kill her at Khalisa Restaurant in Jalan Raja Perempuan Mazwin, here at about 3.10 pm on Oct 5.

The charge was framed under Section 506 of the Penal Code which provides for a maximum punishment of seven years imprisonment, a fine, or both upon conviction.

In pleading for lower bail, lawyer Mohd Khazali Yin, who represented Gunasilan, said his client has to take care of his diabetic father and an aunt who suffers from heart disease.

Nur Melati Diana then allowed the accused RM2,000 bail with one surety, with the additional condition that he not communicate with the victim and fixed Nov 29 for mention.

The case was prosecuted by Deputy Public Prosecutor Nor Syahirah Azhar.

Meanwhile, Eswari, who is also a former employee of the restaurant, was charged with intentionally causing injury to the same victim at the same place, time and day.

The single mother of three was charged under Section 323 of the Penal Code which carries up to one year’s jail, or a fine of up to RM2,000 or both if convicted.

The court allowed Eswari RM1,500 bail with one surety and fixed Oct 21 for mention.

Matthew McConaughey not seeking Texas governorship 'at this moment'

RM3.66 bln worth of unsold properties in Penang

1.Matthew McConaughey not seeking Texas governorship 'at this moment'

2.RM3.66 bln worth of unsold properties in Penang