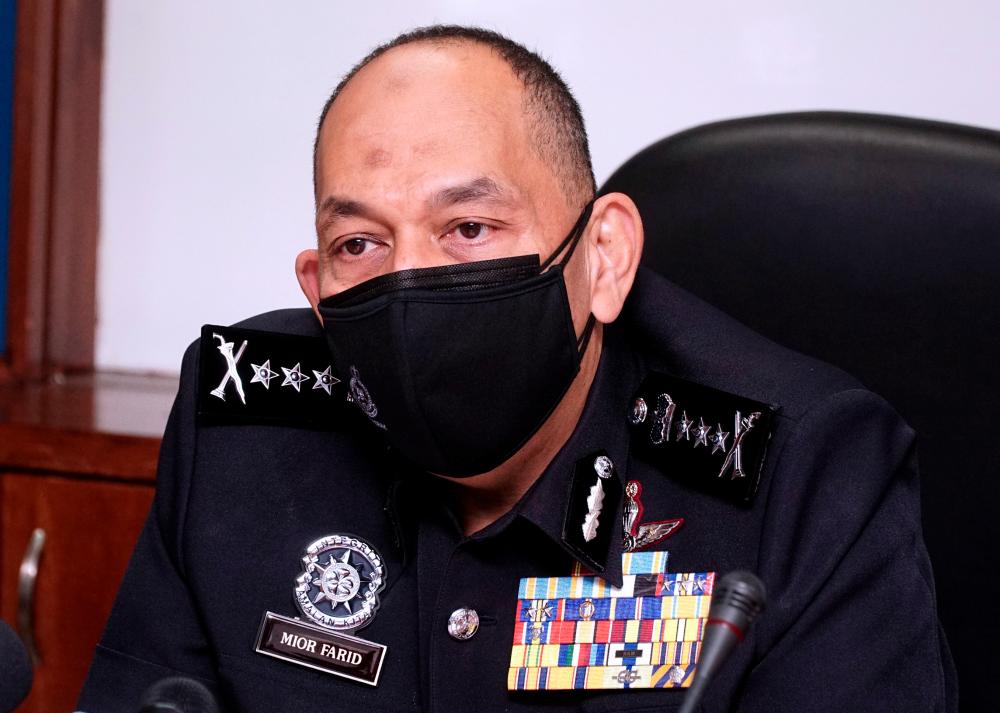 IPOH: Business dealings, on a delivery run and visiting an ill family member were among the reasons coughed up drivers and passengers not fully vaccinated against Covid-19 during police checks on interstate travel along the Gerik-Jeli Highway last Friday.

Perak police chief, Datuk Mior Faridalathrash Wahid(pix) said six vehicles trying to cross the state’s border at KM9 on the East-West Highway (JRTB) at Sungai Lebey, Gerik heading towards Kelantan and Kedah, were not allowed to cross the state lines and ordered to turn back.

“These vehicles included a lorry giving the excuse of delivering goods but the police check revealed that the driver and passenger or attendant had not been fully vaccinated,“ he said when contacted by Bernama, here, today.

Meanwhile, he said, the police patrols showed traffic flow was smooth along the highway with no report of fatalities in accidents since Friday until now.

On the visuals of traffic congestion which went viral at about 4pm last Friday along the Gerik-Jeli Highway heading towards Kelantan at KM1.5, he said the traffic crawl did not last very long.

“The jam was due to restive people taking the opportunity for holiday travel to Kelantan in conjunction with the Maulidur Rasul celebration beginning on Friday until Tuesday,“ he added.

Mior Faridalathrash said the highway troopers were carrying out checks on drivers and passengers in vehicles making the border crossing.-Bernama