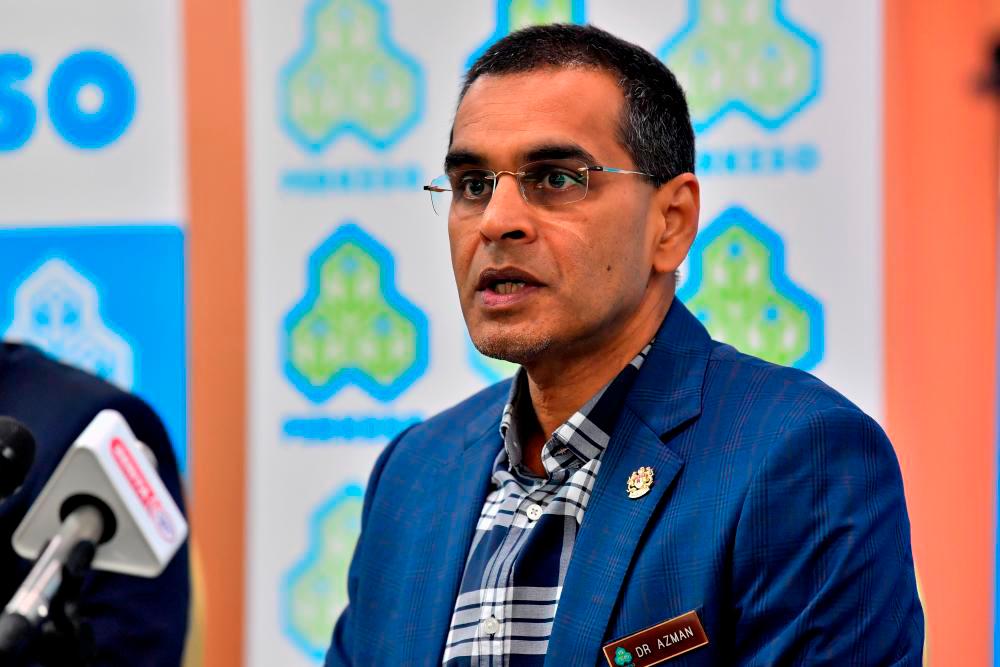 Socso in a statement today said he was elected during the World Social Security Forum (WSSF) 2022 which took place in Morocco recently.

Mohammed Azman said the recognition was a success for Malaysia, the Ministry of Human Resources and Socso staff for the effort to elevate the country's position on the international scene.

“I am very grateful for the trust given to me by the members of ISSA for the position of the 17th president.

“Through ISSA, I will continue to give my best commitment to improving the social security protection system so that ISSA members can implement comprehensive and inclusive protection in their respective countries for the sake of universal well-being,“ he said.

Mohammed Azman is the first Malaysian to hold the highest position in the international body that is leading the global social security field.

Apart from that, Malaysia received another recognition during the forum when Kuala Lumpur was named the host for the ISSA General Assembly as well as the seventh WSSF to be held in 2025.

The WSSF summit takes place every three years bringing together ministers, senior officials, practitioners and experts in the field of social security from member countries to debate current issues and share experiences, knowledge and best practices.

The Geneva-based ISSA was established in 1927 under the auspices of the International Labour Organisation (ILO) and provides a global platform to discuss policies, strategies and innovations in the field of social security.

Themed 'Social security for resilient and inclusive societies', it was attended by 321 members from 161 countries and convened over 2,000 social security practitioners.-Bernama