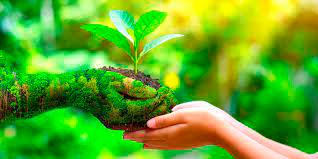 THE 12 Malaysia Plan (12MP) has emphasised “advancing sustainability” as an important thrust in the country’s development trajectory, including in advancing a circular economy concept, going low carbon and increasing resilience against climate change and disasters. These are all needed aspirations for a much greener way forward in our economic recovery.

However, realising them will, as a first step, require Budget 2022 to send the right signals and enable implementation of some of the measures to translate the 12MP into actions.

Some of the key enablers to drive the actions needed are as follows:

The 12MP recognises the conserving of natural ecosystems as an important priority strategy for advancing sustainability, which ensures that natural habitats are protected and ecologically connected.

The conservation of terrestrial, inland water, coastal and marine areas is supposed to be enhanced.

This will increase the resilience and ability of ecosystems to continuously provide the multiple life-supporting functions and ecological services they perform, including in combating climate change, and in maintaining precious water resources.

To advance this priority strategy, Budget 2022 must increase the financial incentives and allocations to states to do what they must do. Without enhancing federal grants to states, our natural ecosystems will continue to be under threat of conversions for so-called development projects, that will gravely undermine the nation’s capacity to advance the sustainability agenda.

The 12MP does state that in order to incentivise states in their conservation efforts, the “Ecological Fiscal Transfer” mechanism will be set up, as well as the strengthening of the “National Conservation Trust Fund”. These mechanisms need much more increased financial resources.

One source of such finance is the “green sukuk”. Sahabat Alam Malaysia (SAM) is pleased to learn that in April, the government issued the world’s first sovereign US dollar sustainability sukuk, which generated US$1.3 billion (RM5.44 billion) and was oversubscribed.

Other sources of funds are also available internationally for climate and biodiversity protection, which the government must tap into with increased urgency. Such financial incentives to states must be followed up with a revamp of the National Forestry Act (NFA) 1984 and other conservation laws, which includes the mandatory holding of public hearings prior to any degazettement of forest reserves and totally protected areas.

The 12MP has alluded to urging states to do this, but a revamp of the NFA and other conservation laws is critical, for states to apply.

In our aspiration towards a low-carbon economy, the 12MP recognises carbon pricing as an important tool, states that a feasibility study will be conducted on adopting policies such as a carbon tax and Emissions Trading Scheme (ETS).

Such a feasibility study is needed urgently into both these measures. SAM has in the past advanced the introduction of a carbon tax, and this has been under consideration by the government for a while.

Given the current Covid-pandemic impact on the economy, it is important to assess how to impose a carbon tax, such that it will not burden the poor and ensures that the biggest polluters are made to pay. The political appetite for a carbon tax may not exist now, but a feasibility study is needed so that it is introduced in the near future.

SAM, however, is concerned about setting up an ETS, as the nation does not have any experience in doing this, where much regulation, monitoring and oversight are needed to avert fraud, speculation and mismanagement in carbon trading. Even the European ETS has drawn criticism and scrutiny. Serious consultations and debate are needed before embarking on such a venture.

Also critical is the need to enhance resources in increasing the country’s resilience against climate change and disasters. The 12MP has identified the need to adopt integrated approaches for climate adaptation and disaster risk reduction.

Much more financial resources are needed to speed up development and implementation of a national adaptation plan as well as in enhancing disaster preparedness and recovery. We cannot afford to delay action on this front if we are to avert further calamities.

In order to accelerate the transition to a circular economy as stressed in the 12MP, we must impose taxes and charges on a wide range of polluting products that have been introduced in many countries, such as for batteries, plastic bags, tyres, disposable products.

High taxes must be imposed on single-use throwaway products in the interim, during a phase-out period, before eventually banning these items.

Deposit refund schemes can be imposed, primarily for food and beverage containers, where consumers are charged when a product is purchased and this charge is refunded when the product or packaging is returned.

The 12MP has stressed the need to strengthen environmental governance, and we agree that this is indeed an urgent priority. In this regard, much more additional financial resources are needed to enhance and strengthen the government agencies responsible for the enforcement and monitoring of the environment and natural resources, especially the Environment Department.

The environmental disasters that we have witnessed in recent times in relation to toxic pollution and waste require increased human and financial resources, including in the use of greater detection devices and technologies to nab environmental criminals. These are some of the areas that need the government’s attention in advancing the sustainability agenda.

The 12MP has stressed the need to strengthen environmental governance.