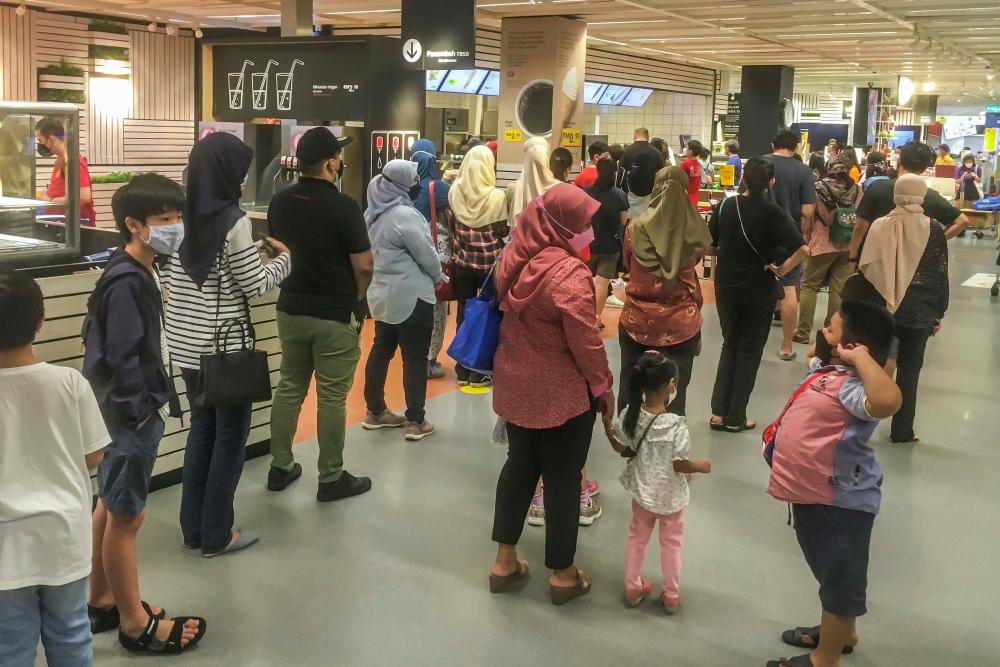 KUALA LUMPUR: If you notice that your adolescent child appears smaller or shorter than his or her peers, then he or she may be going through linear growth faltering – an abnormally slow rate of gain in a child's height or length that can lead to more serious growth issues like stunting.

Although the stunting rate among Malaysian adolescents is relatively low, steps must be taken to address this issue as there is growing concern over the slow improvement in optimising the growth of children, said an expert in adolescent medicine.

“It (stunting rate) is still worrying as the adolescence period is our last opportunity for catch-up growth spurt,” Dr Thiyagar Nadarajaw, who is head of the Paediatrics Department at Hospital Sultanah Bahiyah in Alor Setar, Kedah, told Bernama.

He said stunting is not just a height problem but something that eventually underscores other serious issues in children, including malnutrition, recurrent infections and lack of psychosocial stimulation.

Since a child’s window for growth is short – typically between the ages of 10 and 15 – it has become more and more urgent for parents and healthcare practitioners to come together to tackle the issue of child stunting before it becomes too late, he added.

According to the World Health Organisation (WHO), stunting is the impaired growth and development that children experience from poor nutrition, repeated infection and inadequate psychosocial stimulation.

The 2017 National Health and Morbidity Survey (NHMS) data showed that the Malaysian adolescent stunting rate stood at 8.5 percent or one in 12 children aged between 10 and 17. They were also found to be as much as six to seven centimetres shorter than the WHO standard height reference.

A recent study by the Ministry of Health Malaysia indicated that the average height for a local 15-year-old girl is around 155 cm and 162 cm for a boy, which fall within the normal range.

Dr Thiyagar Nadarajaw explained that stunting among adolescents is mainly attributed to poor nutrition, where they are not consuming adequate amounts of key nutrients needed for growth as per the Malaysian Recommended Nutrient Intakes (RNI).

He said one of the surprising findings from the NHMS 2017 data was that 89.4 percent of adolescents were not meeting the RNI mark on calcium consumption, which is extremely important for the development of their bones. Not consuming enough calcium can affect their ability to achieve optimum height in time.

The same data also showed that 70 percent of Malaysian adolescents habitually and regularly skipped breakfast which, he said, was not a great way to start their day.

“Considered the most important meal of the day, a nutritious breakfast can improve brain function, keep weight in check and provide sufficient energy for children to go through the day,” he said, adding that one of the reasons adolescents skip breakfast is waking up late after staying up the previous night to complete their school assignments and having to rush to school in the morning.

Other growth factors, if neglected, can also lead to stunting in adolescents. These include the lack of healthy sleeping habits or sleep hygiene.

Dr Thiyagar said adolescents have a later circadian rhythm (a 24-hour cycle that is part of the body’s internal clock), hence their tendency to go to sleep late.

“Since the growth hormone is normally released during sleep, poor sleeping habits can affect their growth over time if they don’t get eight to 10 hours of sleep every day,” he said.

Dr Thiyagar said the impact of stunting has been studied for years, adding that it can lead to poor brain development and immunity function, and increased risk of chronic diseases in adult life. For example, the lack of sufficient calcium intake during an adolescent’s growth can result in compromised bone quality, resulting in early osteoporosis in later years.

“Children who are stunted have also been shown to perform less well in school and grow up to be economically disadvantaged,” he added.

Dr Thiyagar pointed out that early adolescence – typically between the age of 10 and 15 – is the best time for catch-up growth. This is the time they must be provided sufficient nutrition and supported by other prominent growth factors including good sleep and physical activities.

“The short period of ‘growth spurt’ that adolescents will experience (between the age of 10 and 15) is often considered the ‘golden growth window’.

“Not only will they experience rapid growth but with the right nutritional intervention, children with faltered growth may even change their previous growth trajectories to reach their optimal growth and height potential before their growth plate fuses,” he explained.

“So then, the short answer to adolescent growth lies in getting the right nutrition and other growth factors suited to their age, but more importantly, this has to be applied at the right time as they experience their peak growth,“ he stressed.

Dr Thiyagar said during early adolescence, children require up to twice or more key growth nutrients to support accelerated growth and development compared to children younger than them.

This will include increasing consumption of calcium by 85 percent, protein by 154 percent and magnesium by 200 percent.

Dr Thiyagar also advised adolescents to consume at least two glasses of milk every day as it is rich in important nutrients like calcium, phosphorus and vitamin D. It is also an excellent source of protein, which is needed to build muscle and tissues, and produce enzymes and hormones to support puberty, he added.

However, he said, if a child's growth remains faltering or plateaus even with regular eating, there may be underlying nutritional or health problems that should be referred to a medical professional.

“When regular meals alone don’t meet the increased nutrient requirements for a child’s growth, the parents should seek a paediatrician’s advice and consider oral nutritional supplements to help improve nutritional intake,” he said.

Meanwhile, paediatric consultant and IMFeD For Growth Programme chairman Prof Dr Lee Way Seah advised parents to take advantage of expert counselling services that can be accessed through the IMFeD network of specialist clinics throughout Malaysia.

He said the IMFeD For Growth Programme was launched by the Malaysian Paediatric Association in 2012 as a collaborative platform to bring paediatricians and parents together to help children in Malaysia to grow better, as well as to increase awareness on the importance of monitoring children's growth and provide early intervention for those diagnosed with growth issues, including those related to nutritional disorders.

“Through counselling, parents can learn better about appropriate intervention methods and approaches to help their child grow, while helping to interact with children about food, food preparation and serving.

“Such counselling can also provide guidance on lifestyles, habits and behaviours that are invaluable in ensuring healthy growth among children,” he said.

Currently, there are more than 200 children's and public health clinics, including in Kuala Lumpur, Kedah, Johor, Sabah and Sarawak, that offer such counselling services. The directory of these clinics can be publicly accessed through https://clinics.imfed.my/.-Bernama