Taiping hit by one of worst floods in 15 years 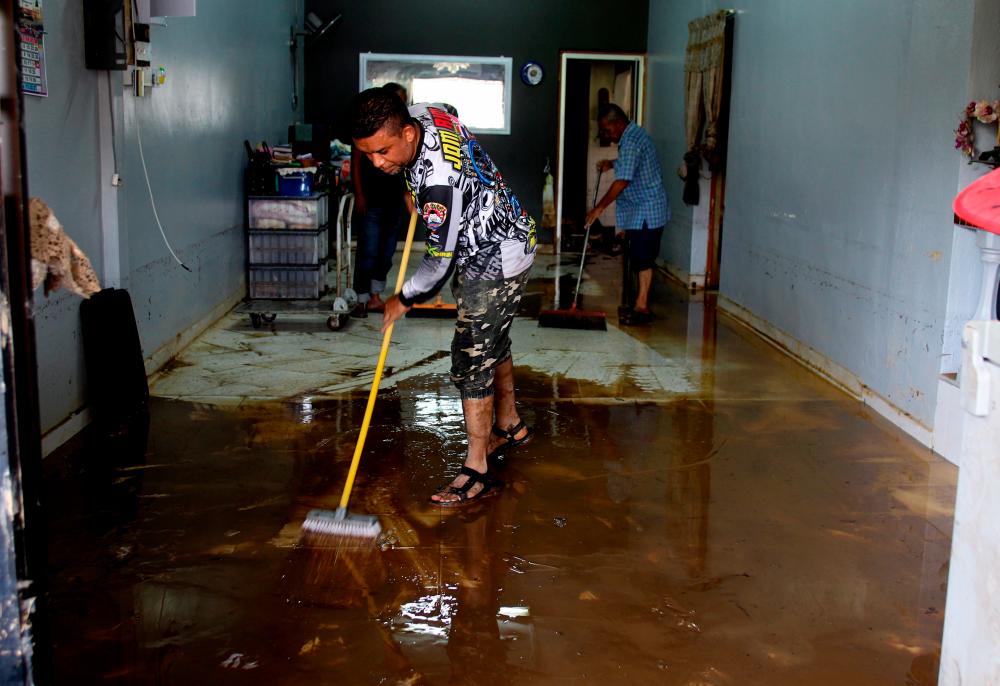 TAIPING: A heavy downpour yesterday evening caused flash floods here which residents described as among the worst in 15 years.

Housewife Nur Lalilah Yang Yahaya, 79, and her husband Mohamad Shaiyuddin Ahmad, 83, from Taman Seri Kota Fasa Dua said they managed to evacuate themselves in the floods which struck at about 6 pm.

“I was awakened and shocked to see that flood waters had reached waist level in my house. This is the second time in 15 years our place has been so badly hit by floods.

“Furniture including newly bought items and some electrical appliances were all destroyed. The glass sliding door was also smashed by the force of the water,” she told Bernama here today.

Nur Lalilah, who has been living there for 43 years, said the housing estate was flood prone as it was located near a river but water would usually enter only the house compound.

She said her three children from Kuala Lumpur and Seri Iskandar came back early this morning to help in cleaning up the house and removing damaged items.

Another resident, Shahrimee Sharudin, 43, said when the floods struck he, his wife and their four children were away on holiday in Terengganu.

“After receiving a call from a neighbour and seeing the floods on closed-circuit camera on my handphone yesterday, I immediately rushed back. I have just finished throwing away badly damaged furniture and electrical goods. Two cars - Proton Exora and Perodua Alza - were also submerged,“ said Shahrimee, who has been living there for two years. 2.Mohd Na’im: Govt to intensify efforts to unite people regardless of background