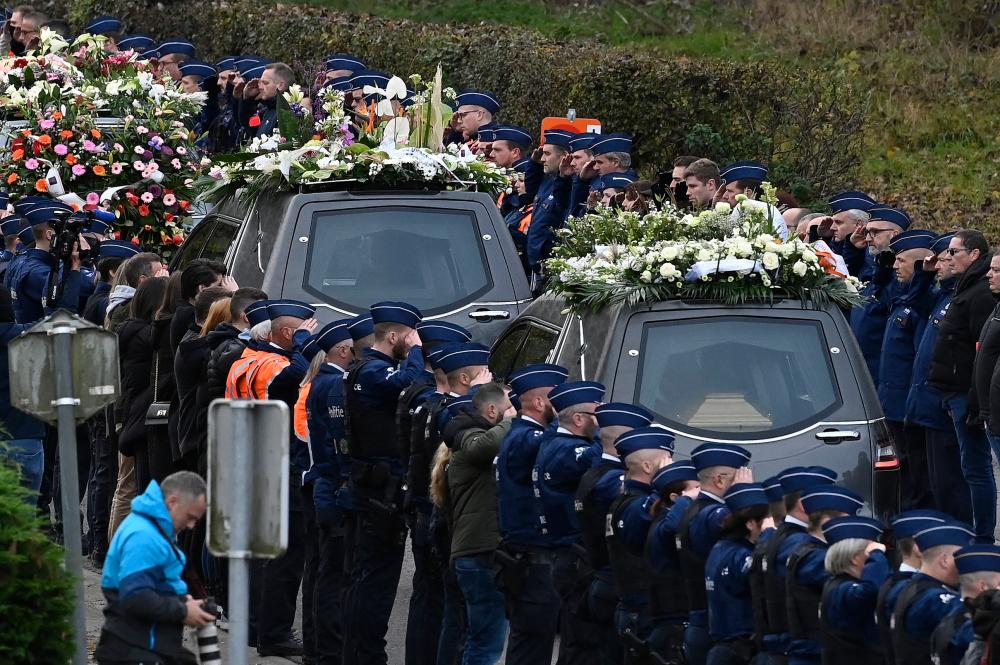 Belgian police officers form an honorary guard as they stand in attention during the funeral ceremony of police officer Thomas Monjoie, in Waremme, on November 18, 2022./AFPPix

BRUSSELS: Thousands of uniformed police lined the streets of the Belgian city of Borgworm on Friday for the funeral of a murdered 29-year-old policeman, saluting as the cortege passed.

Thomas Monjoie was stabbed to death on the evening of Nov. 10 in the north Brussels commune of Schaerbeek. A Belgian man, Yassine Mahi, 32, has been arrested and charged with murder and the attempted murder of another officer in a suspected terror attack.

The suspect, who was known by deradicalisation services, had gone to a police station the morning of the stabbing saying he wanted psychiatric help, police said.

Three officers took him to a psychiatric ward nearby but Mahi left the waiting room before being treated, the hospital said.-Reuters At least 473 dead in Syria after Turkey earthquake KPKT to provide RM16m for public housing maintenance in Penang