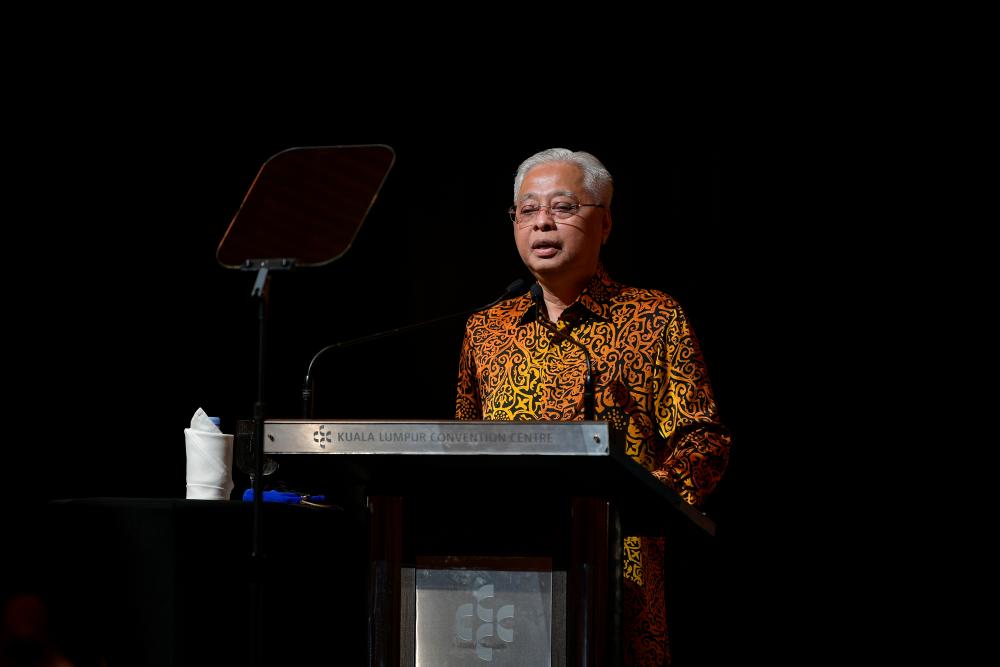 He said this was a government initiative to provide equitable opportunities in economic and socio-economic fields to strengthen the Bumiputera agenda under the patronage of the Bumiputera Agenda Steering Unit (Teraju).

“Although Bumiputera are the majority race in this country, accounting for 20.9 million or 69.7 per cent (of the population), the socio-economic status of Bumiputera is still at a level which needs improvement, especially wealth gap, income disparity and low asset ownership.

“Until today, the target of having 30% Bumiputera equity control has never been achieved although the New Economic Policy (NEP) had been established previously to tackle the problem of imbalance in economy among the various races in the country,” he said when launching TPB2030 here today.

He said TPB2030 outlined a clear strategy for development programmes and initiatives which are streamlined with the Shared Prosperity Vision 2030 (WKB2030) and supported by the 12th Malaysia Plan (12MP) within the context of Keluarga Malaysia (Malaysian Family).

Therefore, Ismail Sabri said Teraju and other implementing agencies should ensure the highest level of governance was practised and standards quality was prioritised to make a success of the Bumiputera agenda so that no one would be marginalised, consistent with the core of 12MP.

He said TPB2030 was adopting new approaches aimed at uplifting the status of Bumiputera on merit and competitiveness, apart from ensuring continuity to the policies and initiatives undertaken previously to empower Bumiputera.

“Without development in the capacity and capability of Bumiputera, our big objective will not be achieved. We must take a lesson from all Bumiputera programmes which have been implemented so far but still failed to meet their original targets.

“So in the TPB2030 planning, approaches suitable to the 21st century should be prioritised so that we would not again end up being strong in speech and plans on paper but fall short in achieving outcomes which can truly change the fate of Bumiputera in the country,” he added.

Ismail Sabri said the success of Bumiputera did not mean only the Bumiputera agenda had been achieved as it would also bring returns to the country as a whole.

Apart from this, he said, the Bumiputera agenda could be propelled to the global level by strengthening the high-technology field and enhancing the quality of those trained in science, technology, engineering and mathematic (STEM), and Technical and Vocational Education and Training (TVET).

He said this direction can be a catalyst for the creation of a Bumiputera ecosystem which grows healthily in line with rapid global growth and technological developments.

“The spirit behind TPB2030 is to produce a new generation of Bumiputera with integrity, noble values, strong identity and who are resolute, independent and competitive in terms of effort and thinking.

“We want a generation that is capable, qualified and recognised so that they can seize opportunities within and outside the country to uplift the status of Bumiputera into an excellent and respected race.

“Our present-day generation will be banking on TPB2030 to be their heritage as well as redeemer and protector of Bumiputera dignity 10 years from now,” he said.-Bernama

Netizens call for change after horse’s death in K-drama