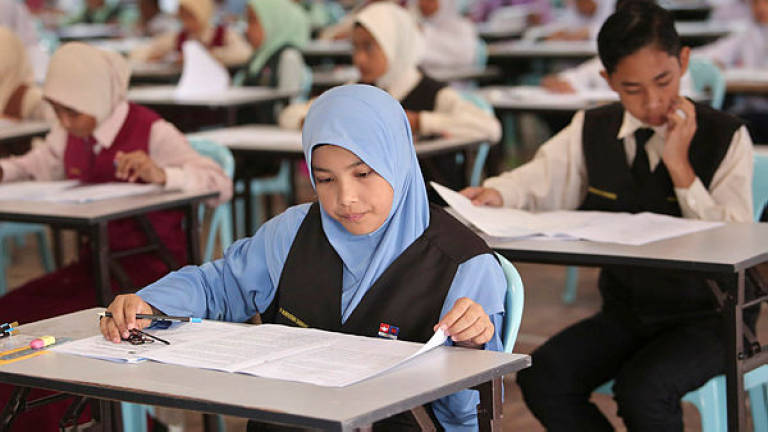 PETALING JAYA: The Ujian Penilaian Sekolah Rendah (UPSR) and Pentaksiran Tingkatan Tiga (PT3) examinations for standard six and form three students have been cancelled this year, in light of the Covid-19 pandemic.

All other major secondary school examinations will also be postponed, including Sijil Pelajaran Malaysia (SPM), which will now be held in the first quarter of next year, according to Education Minister Dr Mohd Radzi Md Jidin.

He said for the Sijil Tinggi Persekolahan Malaysia (STPM), the second semester examinations have been postponed to August this year while the third semester will be held in the first quarter of 2021.

“This decision affects all schools, including government and private, as well as any other learning institutions registered with the ministry,” he said in a live address yesterday.

Mohd Radzi said the cancellation of the UPSR and PT3 examinations would not affect the evaluation on student’s mastery and proficiency in their education, as the ministry would come up with other methods of assessment.

“As UPSR is one of the criteria for students to enter boarding and religious secondary schools, the Education Ministry will introduce new ways to evaluate students, that does not only focus on academic performance.

“Similarly for PT3, a new method of assessment will be introduced. This will then be used as a criteria for the students to apply for specific schools,” he said.

He said for foundation, matriculation and diploma programmes, the admission dates would be pushed back to July or August next year, while enrolment for degree programmes would be done in September or October the same year.

Mohd Radzi added that other than SPM and STPM, the Sijil Vokasional Malaysia (SVM) and Sijil Tinggi Agama Malaysia (STAM) would similarly be held in the first quarter of 2021.

Mohd Radzi also reiterated that, upon the lifting of the movement control order (MCO), schools nationwide would only be reopened should they be given the go ahead by the Health Ministry and National Security Council.

“We understand the concerns of parents that they might not be able to make the necessary preparation if the reopening of schools is announced at the last minute.

“As such, we will make an announced at least two weeks before schools are supposed to reopen. This will be done once we are truly confident that the situation has recovered,” he said.