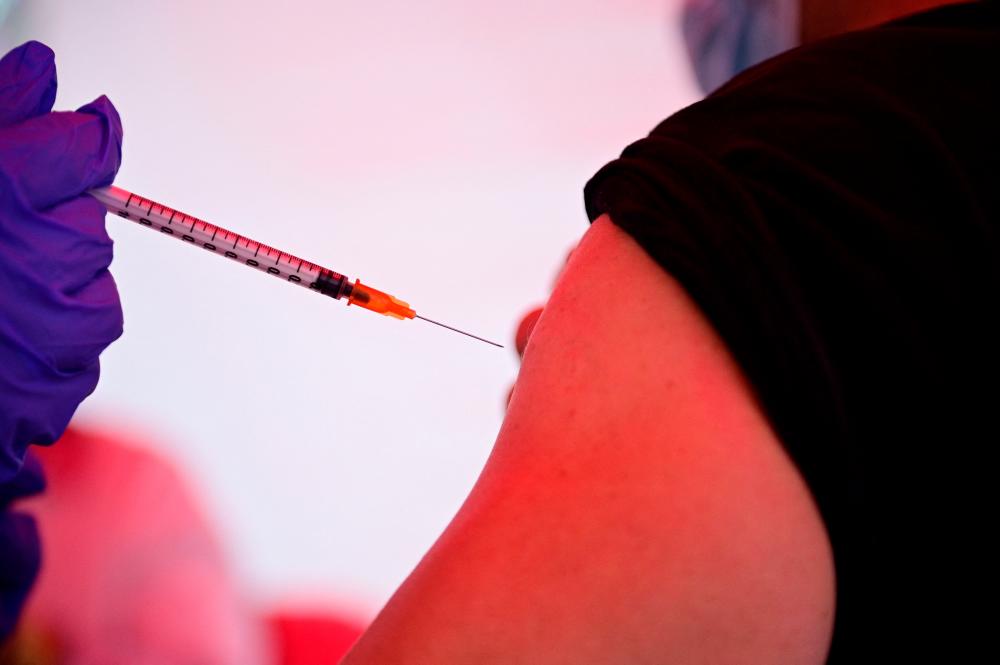 WASHINGTON: A panel of leading US medical experts advising the government voted in favor of authorizing boosters of Pfizer's coronavirus vaccine for everyone aged 65 and up, as well as people at high risk of developing severe Covid.

The same committee however rejected an initial proposal, submitted by Pfizer and backed by President Joe Biden's administration, to fully approve boosters to everyone aged 16 and over.

The decisions came after a day-long meeting full of data presentations and at times charged debate that was convened by the Food and Drug Administration (FDA). Tens of millions of Americans will soon be eligible for a third shot.

“I think this should demonstrate to the public that the members of this committee are independent of the FDA, and that in fact we do bring our voices to the table,“ said Archana Chatterjee, dean of Chicago Medical School.

The panel -- which included vaccinologists, infectious disease researchers, and epidemiologists -- concluded that the benefit-risk balance differed for younger people, especially males at risk for myocarditis.

A clinical trial for the booster involved just over 300 people, which they felt was too small to be able to draw firm conclusions about safety.

The panel voted 16-2 against granting a third dose full approval.

They were then presented with a new motion, and voted 18-0 for granting emergency authorization for people aged over 65 and those at high risk. They agreed this should extend to health care workers and people at high risk of occupational exposure.

Now the issue turns to another committee, this time convened by the Centers for Disease Control and Prevention (CDC) on September 22-23 to further define who is eligible and decide on rollout.

Even prior to the meeting, the Food and Drug Administration (FDA) had struck a cautious note.

Two senior FDA officials meanwhile co-signed a Viewpoint in The Lancet this week opposing boosters for the general population, in what was seen as a rebuke of the White House for taking a decision before consulting its scientific agencies, effectively placing the cart before the horse.

At the meeting, Pfizer officials cited studies that demonstrated waning immunity against infection several months out from the first two doses.

But a growing body of US research -- including a dataset presented by Pfizer itself at Friday's meeting -- has shown two doses continue to confer high protection against severe outcomes, albeit at slightly diminished levels for the elderly.

Pfizer also presented data showing boosters increased antibody levels against the Delta variant, but an FDA scientist countered that these lab studies could not translate directly to efficacy estimates.

Sharon Alroy Preis, an official with Israel's health ministry, presented data from her country which ran a booster campaign after experiencing a Delta wave, and has approved boosters for everyone aged 12 and up.

Jay Portnoy, a pediatrician with Children's Mercy Hospital in Kansas City, said the Israeli experience should serve as a warning beacon and that the United States should follow its lead.

But most of the panel did not see the two countries as closely analogous. Because the US has a much lower overall vaccination rate, the unvaccinated are the primary drivers of spread, rather than breakthrough cases among the vaccinated.-AFP

1.Malaysia’s readiness to bring in 32,000 foreign workers is subject to MOUs - MPIC