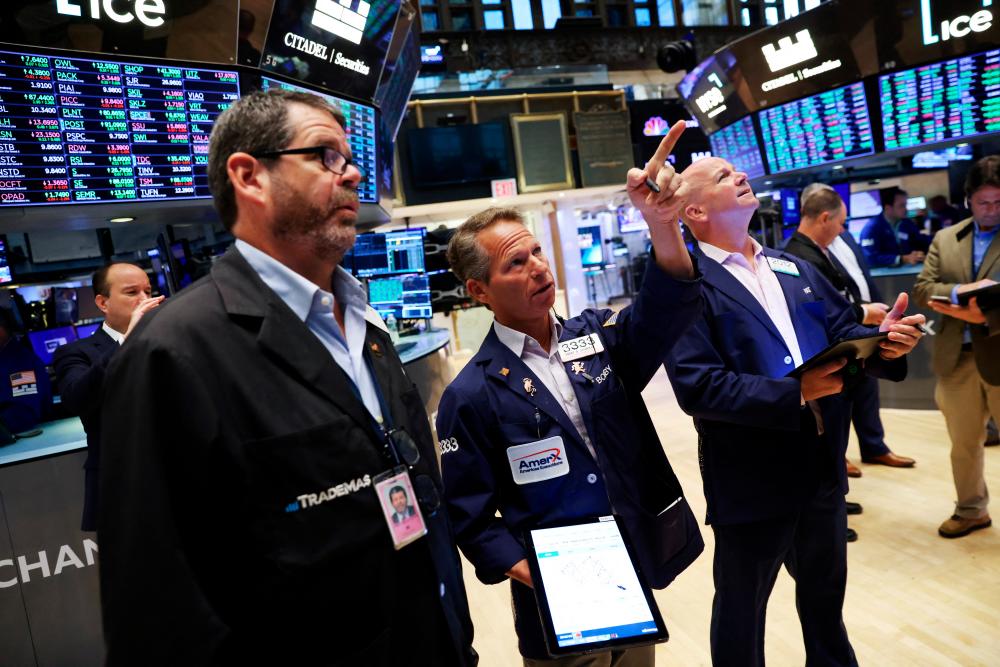 Stocks retreated from earlier highs as last week’s blowout labour market report was initially seen as a sign the economy could withstand aggressive interest rate increases by the Fed to tame inflation running at four-decade highs.

Investors now await consumer price data on Wednesday to gauge whether the Fed might ease a bit in its inflation fight and provide better footing for the economy to grow.

“The CPI data will help to confirm if the Fed’s tightening efforts have been successful in starting to tame inflation or if continued Fed tightening is needed,” said Robert Schein, chief investment officer at Blanke Schein Wealth Management.

The S&P 500 has bounced back 14% from mid-June lows. But signs of inflation running too hot could cement the Fed's case for aggressive monetary policy tightening.

Anthony Saglimbene, chief market strategist at Ameriprise in Troy, Michigan, said the market was due to pull back at some point as traders test the recent rebound.

“Maybe we can get a little bit higher by year end, but that’s if everything lines up perfectly,” he said, adding that the University of Michigan’s preliminary consumer sentiment survey for August on Friday also will be closely watched.

“That’s the tug of war between these data sets that tell the story about, ‘Hey, are we going to turn into a recession or avoid one?’”

The information technology sector fell 0.9% as chipmaker Nvidia Corp slid 6.3% after the company said it expects second-quarter revenue to decline 19% from the prior quarter to about US$6.7 billion, due to weakness in gaming. – Reuters