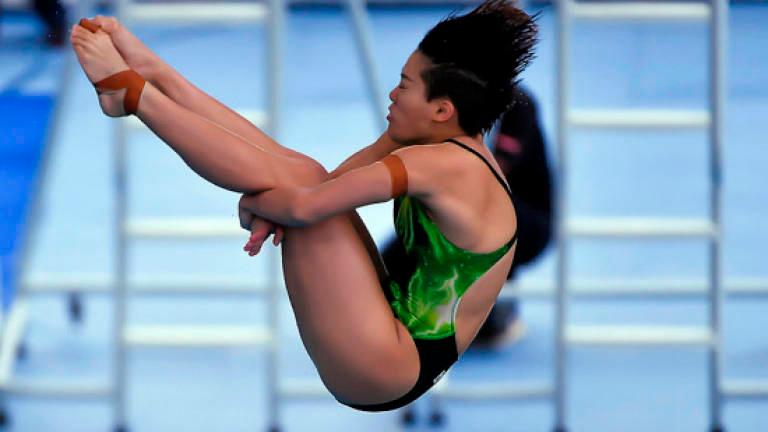 Wendy, 28 said it was pivotal for them to prove their mettle in Hungary’s meet in a bid to secure a spot in the aforementioned event for the upcoming Commonwealth Games in Birmingham, England.

This, she said was due to the fact that she had only paired with Muhammad Syafiq in the event, less than five times, previously.

“Our preparation is going smoothly right now. The only concern for me is I need to ensure my height is on par with Muhammad Syafiq after we take off from the springboard,” she said when met recently.

Wendy is set to compete with Muhammad Syafiq, 26, on June 30 before returning to the pool with the 19-year-old diver, Ong Ker Ying, in women’s 3m springboard synchronised event on the last day of the tournament on July 3.

In the meantime, three-time Olympian Wendy vowed to shine in her third Commonwealth Games next month by producing a much better dive in the Sandwell Aquatics Centre.

After having successfully competed in the New Delhi 2010 and Glasgow 2014, Wendy missed out to make a splash in Gold Coast 2018 due to a doping offence.

The 2022 Commonwealth Games is slated to be held from July 28 to Aug 8.-Bernama