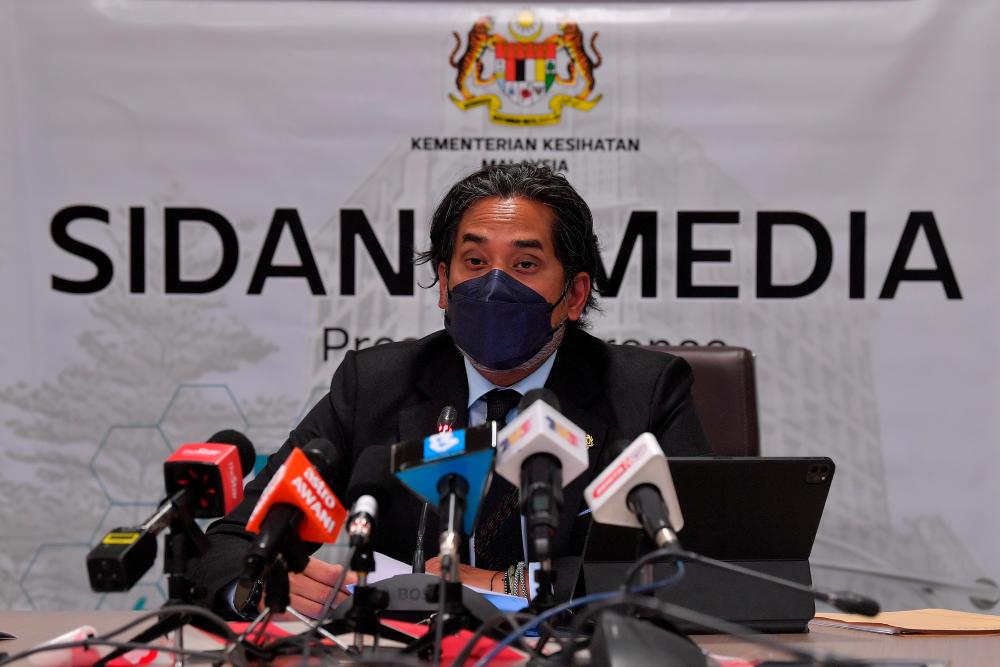 PETALING JAYA: Malaysians are now forced to confront a new reality – the practice of double standards – and not everyone is happy about it.

The government has decided that while many restrictions have been lifted, those who have not been fully vaccinated against Covid-19 will not enjoy the same freedom of movement as those who have.

While health experts say that vaccination is essential, some do not agree with the double standards, and a teacher who has chosen not to have the jab argued that she is only exercising her right as an individual.

Health Minister Khairy Jamaluddin(pix) announced last week that while restaurants have begun to allow guests to dine in, only those who have been fully vaccinated will be allowed into the premises.

The rule also applies at other public places such as cinema halls.

“While it is unethical to discriminate against those who choose not to be vaccinated, it is a strategy to encourage them to go for the jab,” she said.

Loh also expressed concern that the lifting of most restrictions could trigger another surge in Covid-19 infections.

“Even those who have been fully vaccinated are vulnerable to infection, although they may not show symptoms if infected.”

She pointed out that immunity from the vaccine would also wane over time, leaving everyone – vaccinated or not – vulnerable.

The government has in fact begun to give booster shots to frontliners and others in high-risk groups, such as the elderly.

“This shows that it is still important to strictly observe the standard operating procedures (SOP),” she added.

However, Taylor’s University head of the School of Medicine Dr Rusli Nordin is not altogether comfortable with the double standards.

He said the government should also understand the context under which some people have refused vaccination.

“Forcing them to be vaccinated is fundamentally a human rights violation,” he said, adding that he expects the double standards to cause problems.

He said if a worker chooses not to be vaccinated and therefore is not allowed into his workplace, he may be forced to quit his job.

“That will make life difficult for him.”

Rusli also pointed out that those who are fully vaccinated can still get infected and then pass the infection on to others.

“Not a single vaccine has been shown to be able to overcome all mutations of the virus,” he added.

“I believe it should be voluntary.”

Nonetheless, he said it should be made clear to those who refuse vaccination that they face a higher risk of developing severe symptoms if they are infected.

The teacher who refused vaccination rationalised her decision by pointing out that it normally takes years to develop a new vaccine from ground up.

“I doubt that the vaccine we have now is effective. I will certainly take it, but not now. I will wait for a couple of years,” she said.

Her decision was reinforced by news of a friend who ended up in intensive care even after he had been fully vaccinated.

She added that her decision to refuse the vaccine has led to her being ostracised by her colleagues.

“I still work from home so I won’t be in close proximity with them.

“It is depressing not to be able to enjoy the same privileges as others.

1.Xavi calls on struggling Barcelona to ‘make history’ at Bayern

2.Real Madrid dispatch 10-man Inter to go through top of the group

5.Walker sent off as Man City crash at RB Leipzig