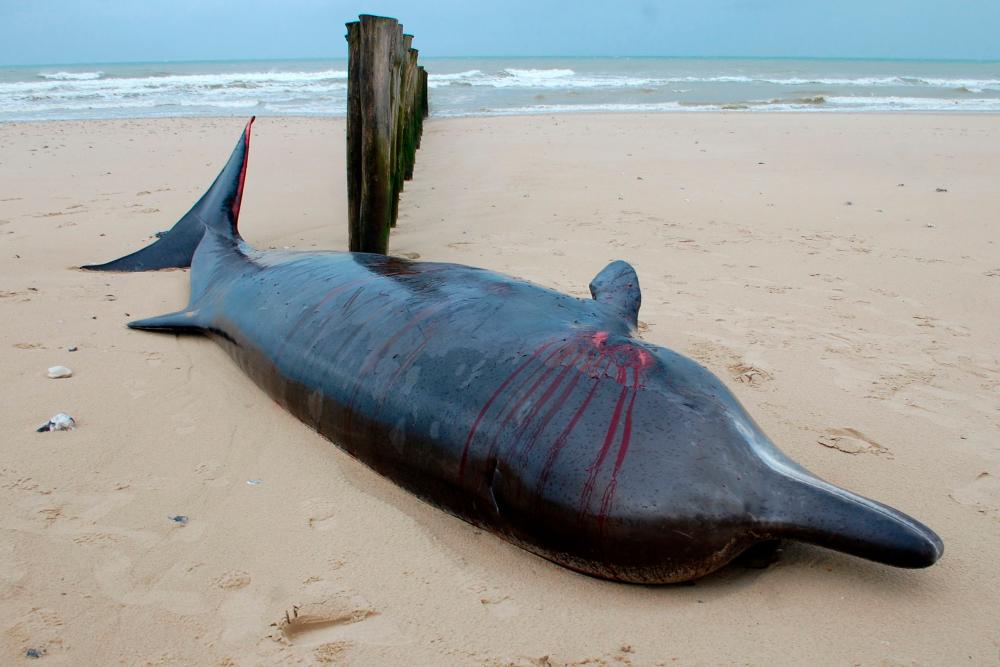 SANGATTE: A 7.6-metre (25-foot) whale, wounded but alive, was discovered stranded on a beach in northern France on Monday, authorities said, with experts hoping the rising tide will help the cetacean back on its way.

The appearance of the animal this far south is rare given that this particular species of beaked whale usually swims in deep Arctic waters, they said.

The female cetacean, which had suffered non-life threatening injuries, probably ended up on the beach “because it was disorientated”, said Jacky Karpouzopoulos, head of CMNF, an association for the protection of wild mammals in northern France.

He said it was “exceptional” to see this northern whale species this far south.

“I’ve never seen anything like it in my 40 years on the job,“ he said.

It was not possible to lift the animal back into the water, he said. Helpers hoped instead that the rising tide would allow the animal to refloat and swim away, he said.

The whale has a bleeding head wound, an AFP journalist saw, but local mayor Guy Allemand said the injury was superficial and not the reason why it had washed up on the shore.

He said there would be an autopsy if the whale failed to survive.

In February, a 9.5-metre female humpback whale was found dead on a northern French beach -- another “extraordinary” event, according to Karpouzopoulos.

In the spring of this year, an orca -- named “Sedna” by marine life protection group NGO Sea Shepherd -- was seen lost in the river Seine but died despite intense efforts to save it.

This summer, an ailing beluga whale that strayed into the Seine was put down by vets after a last-ditch rescue attempt failed because of its rapidly deteriorating health.-AFP