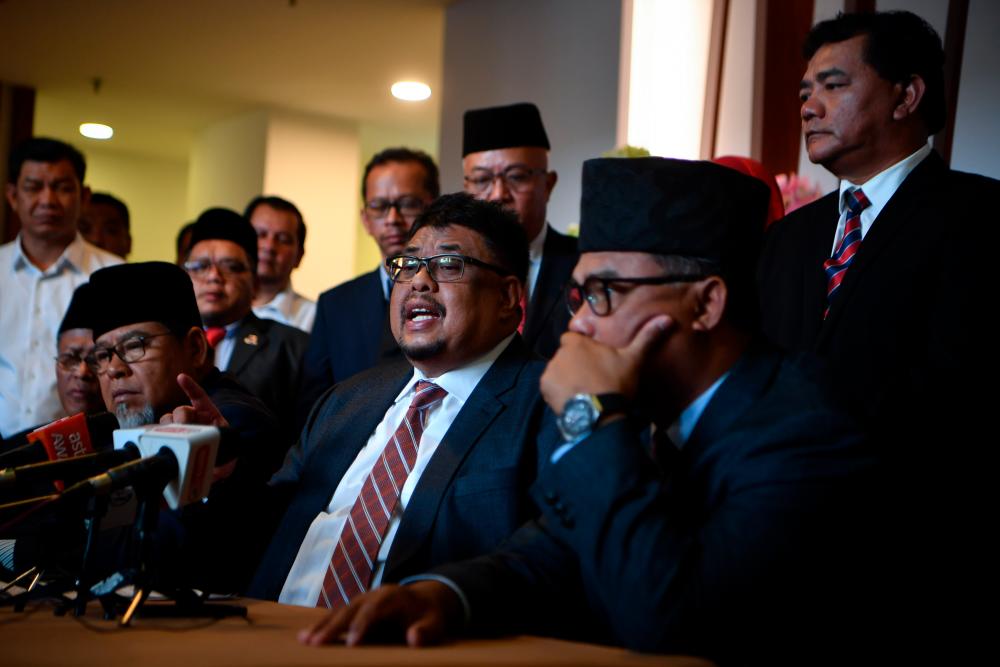 “I hereby confirm that 13 BN assemblymen together with assemblymen from Rembia and Pengkalan Batu will form a new pact supported by a sworn statutory declaration to be presented to the Yang di-Pertua Negeri Melaka, Tun Dr Mohd Khalil Yaakob.

“Without jeopardising the cooperation and spirit of Perikatan Nasional at the Federal level, the coalition of 13 BN with two Bersatu assemblymen, respectively - Datuk Mohd Rafiq Naizamohideen (Paya Rumput) and Datuk Noor Effendi Ahmad (Telok Mas) - is no longer in force, with immediate effect,” he said in a press conference here today.

Last Monday, Mohd Khalil received representations that Chief Minister Adly Zahari no longer commanded the confidence of the majority of the state assembly.

Mohd Khalil also agreed that the swearing-in ceremony for the new Malacca Chief Minister will be held tomorrow, March 6.

Ab Rauf stressed that the separation of the coalition only involved BN and Bersatu assemblymen at the state level, and is not connected to the pact at the federal level.

“We only separate the coalition between these representatives, without separating the Bersatu coalition. 13 BN assemblymen joined forces with two others to form a majority of 15 representatives and will meet Yang di-Pertua Negeri Melaka as soon as possible,” he added.

At the meeting, Ab Rauf said a candidate from among the 13 BN state assemblymen will be named as candidate for the post of the chief minister and stressed that all the decisions made today are the outcome of state-level BN coalition, not federal.

Asked whether there would be a power struggle for the post of Malacca chief minister, Ab Rauf said they will accept whatever decision made by Mohd Khalil, but unfortunately, the collaboration did not reach a mutual understanding.

“We are in a state of uncertainty as to whether or not this cooperation will work without a discussion, understanding or meeting. It shows that we do not have a direction until we get a notice of the swearing-in ceremony of the Chief Minister tomorrow.

“We have contacted the two Bersatu representatives, but they did not respond. We are not opposing the Perikatan Nasional pact, but we are against the representative leaders and characters from Bersatu who do not respect us,” he added. - Bernama