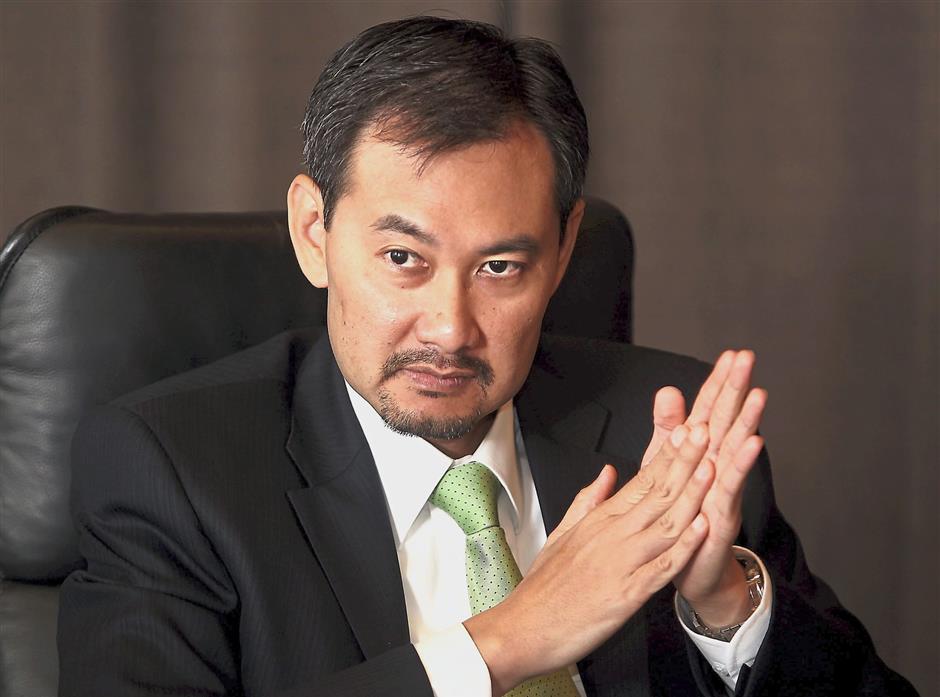 Former 1Malaysia Development Berhad (1MDB) chief executive officer Datuk Shahrol Azral Ibrahim Halmi (pix), 49, said he was sure that everything was set up, and needed in haste.

“The US$6 billion (RM25.17 billion) joint venture proposal was announced in mid-January, but within two months everything was successfully completed including the issuance of LOS (Letter of Support) by the MoF, talks with Abu Dhabi, the establishment of Admic, the establishment of 1MDB GIL and more.

The fundraising also raised US$3 billion (RM12.59 billion) on Mar 19, 2013 into 1MDB GIL account. To me, it is absolutely impossible and not a normal procedure.”

“Among other reasons I said it was set up and required very quickly was that when the joint venture with AAR Investment PJS (Aabar), approved in DCR 8A/2013 (Director’s Circular Resolution), was made a support plan (since due diligence on real property assets takes a long time).

It was turned into a support plan so that if the US$6 billion (RM25.17 billion) fundraiser was not successful (i.e LOS cannot be obtained) then they could continue to work together in DCR 8A / 2013,” he said.

The Ninth Prosecutor’s Witnesses said this indicated that they did not want to waste time and would try everything possible to make the fundraising success in the fastest way possible.

It looks like everything had been verified through all of these documents and procedures although it is almost impossible for all to be done on the same date,” he said in reading his witness statement of 270 pages on the 16th day into the trial of Najib involving 1MDB funds.

He said at that time, the visit of Crown Prince Abu Dhabi was also organised by wanted businessman, Low Taek Jho or Jho Low, as one of the political support activities ahead of the 13th General Election (GE) and to provide confidence to investors and Malaysians that it was a real project.

Shahrol said looking at all the work done and what had happened, it was certainly moving towards a goal that he was not privy to.

“However, the fact that Jho Low told me that the fundraising will have a huge impact on the general election, was something that was very reasonable and consistent as the GE was slated on the same year,“ he said.

When senior deputy public prosecutor Datuk Seri Gopal Sri Ram referred him to documents regarding the registration of Malaysian Abu Dhabi Investment Company (Madic) on Mar 5, 2013, the witness said he had seen the document.

He said the document explained the change of name of the company to Abu Dhabi Malaysia Investment Company Limited (Admic) on Mar 12, 2013.

Najib, 66, faces four counts of using his position to obtain RM2.3 billion in 1MDB funds and 21 counts of money laundering involving the same amount of money.

The Pekan MP was charged with four counts of corruption at the AmIslamic Bank Berhad Branch, Jalan Chulan, Bukit Ceylon, here between Feb 24, 2011 and Dec 19, 2014 while all the money laundering offences were alleged to have been committed between March 22, 2013 and Aug 30, 2013, at the same place.

The hearing is before Justice Collin Lawrence Sequerah. — Bernama