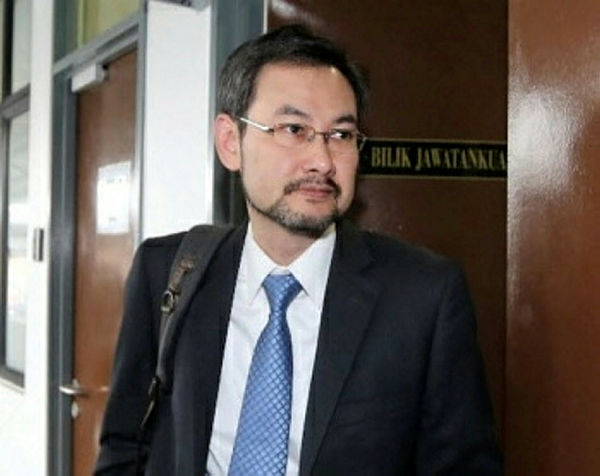 KUALA LUMPUR: 1Malaysia Development Berhad (1MDB) had accumulated a total debt of RM30 billion, and it was fully borne by the Ministry of Finance (MoF) and the federal government, the High Court was told today.

Sri Ram: So at the time you left 1MDB, what was the total debt of 1MDB.

Sri Ram: And for that RM30 billion, all that 1MDB received was that one payment for the Murabahah Notes.

When asked by Sri Ram on who would be responsible for the 1MDB’s RM30 billion debt, Shahrol Azral said it was the MoF and the government.

The ninth prosecution witness said these debts include RM5 billion bonds issued by the 1MDB that was guaranteed by the MoF, and subsequent bonds totalling US$3.5 billion jointly guaranteed by both the International Petroleum Investment Co (IPIC) and MoF.

On the jointly guaranteed bonds, Shahrol Azral said that in the event of a default, 1MDB was required to make the payment first.

Sri Ram: Are you aware that IPIC has made any claim?

Shahrol Azral: Yes, we were briefed on this in one of the board meetings. It was either 2015 or 2016 while I was still on the board.

To a question whether the witness could recall a notice of arbitration issued by IPIC, Shahrol Azral replied, “Yes, the board was also briefed on this matter. However, I cannot remember the date of the meeting”.

Sri Ram: At the time you left 1MDB in March 2013, had the IPIC problem been resolved?

Shahrol Azral: When I left the board, the matter had yet to be resolved. But it had already been raised.

Asked by Sri Ram whether the accused (Najib) took any steps to address the problem, the key witness of prosecution answered, “Not to my knowledge except what was briefed to the board by Arul Kanda Kandasamy (the CEO of 1MDB)”

Najib, 66, faces four counts of using his position to obtain RM2.3 billion in 1MDB funds and 21 counts of money laundering involving the same amount of money.

The Pekan MP was charged with four counts of corruption at the AmIslamic Bank Berhad Branch, Jalan Chulan, Bukit Ceylon, here between Feb 24, 2011 and Dec 19, 2014 while all the money laundering offences were alleged to have been committed between March 22, 2013 and Aug 30, 2013, at the same place.