35 stranded at Tanjung Lompat camping site due to floods rescued 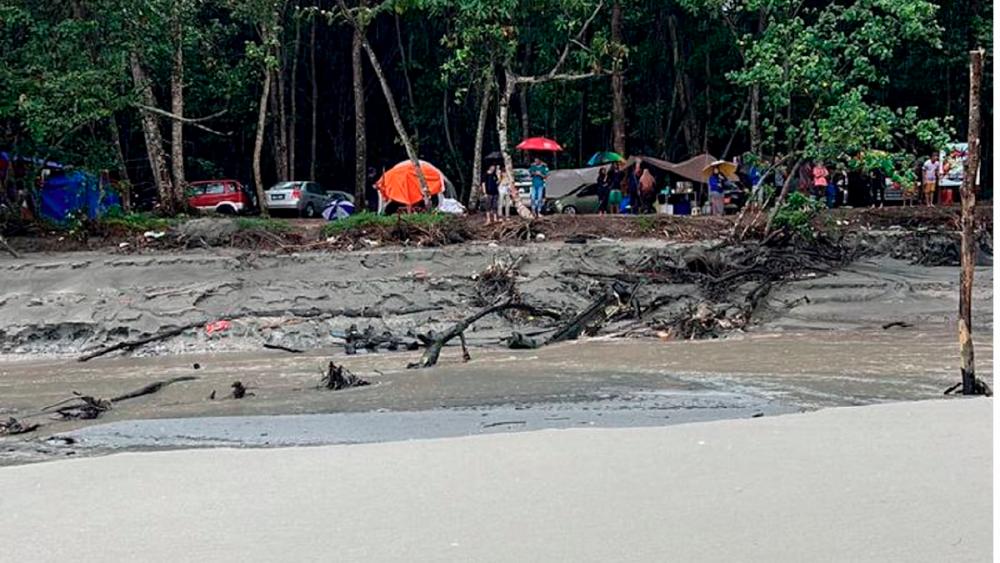 JOHOR BAHRU: The excitement of camping at a camp site in the Kota Tinggi district turned into a horrible moment when about 35 people were stranded in Tanjung Lompat, due to floods yesterday.

Penawar Fire and Rescue Station chief Masri Ibrahim said a distress call was received at 2.19 pm today and nine officers were rushed to the scene to help flood victims, he said.

“The drainage and irrigation bank which is the main gateway in and out of the campsite collapsed due to the rising flood water causing the flow to be over six metres wide. The situation made it difficult for vehicles to get out of the area.

“The fire department then opened an alternative route nearby at a hotel so that stranded vehicles can use the coastal road to exit to the main road,“ he said when contacted by Bernama yesterday.

Masri said the victims comprising 12 men, 11 women, seven boys and five girls, were then advised to pack up and return to their respective homes.

He said as many as 16 vehicles that were stranded at the site managed to use the alternative route.

4.Downside of keeping up with ‘rabbit-mania’ trend