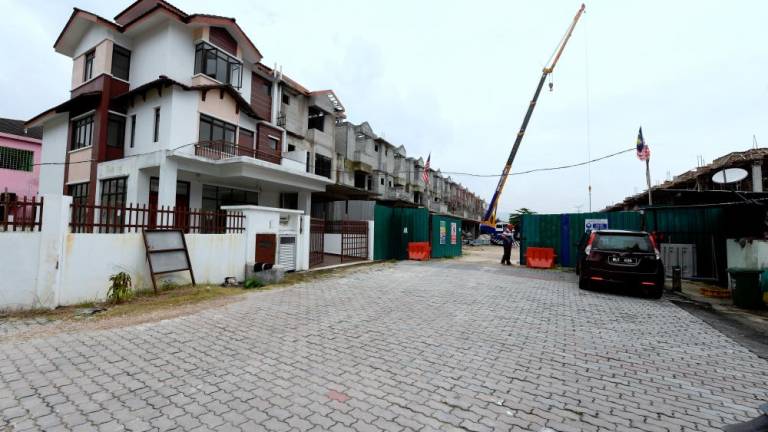 KUALA LUMPUR: A total of 46,420 houses were constructed between 2002 and Oct 31 this year, out of a total of 50,289 applications approved under the government’s affordable housing scheme, ‘Program Rumah Mesra Rakyat’ (RMR).

Announcing this today in a special chamber session in Parliament today, Housing and Local Government deputy minister Senator Datuk Raja Kamarul Bahrin Shah Raja Ahmad Baharuddin Shah said during this 17 year period, the ministry had received a total of 93,694 applications under the scheme.

Responding to a question from Mohd Shahar Abdullah (BN-Paya Besar) on the current status of applications for RMR houses under the supervision of Syarikat Perumahan Nasional Berhad (SPNB), the minister said out of 355 applications, 181 had been approved with 124 units completed, while the remainder homes were in various stages of construction.

Among the applications, 146 had been rejected because the qualification criteria had not been met while 28 were still being processed.

He also said that successful applicants who had signed agreements under the scheme, were only required to make repayments once the houses were completed and the keys were handed to them by SPNB. - Bernama