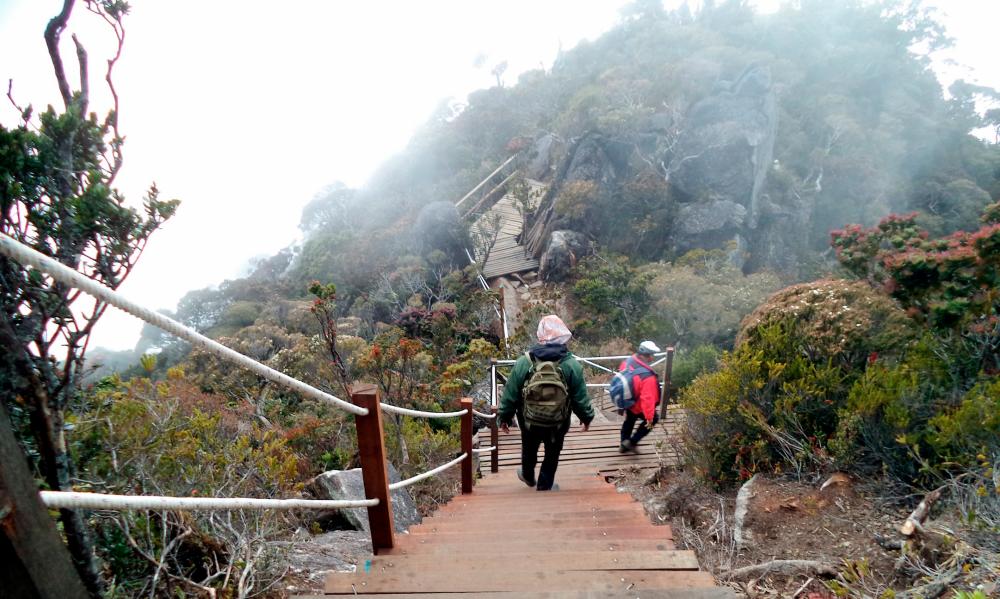 The Sabah Fire and Rescue Department operations centre in a statement said a mountain guide found the victim at KM 3.2 of the mountain trail.

“The Mount Kinabalu Search and Rescue Team (MOSAR) received an emergency call at 1.23 pm today and 12 members including two officers were rushed to the scene,“ read the statement..

The team together with Sabah Parks staff and mountain guides performed cardiopulmonary resuscitation (CPR) on the victim before carrying him down to Timpohan Gate on a Robertson stretcher.

The man was confirmed dead by medical officers and the body was handed over to the police for further action. The operation ended at 4.30pm. - Bernama