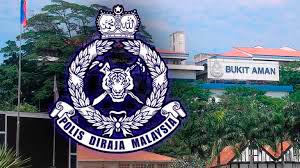 “The victims are mostly women, involving over 3,000 cases, and most of them are over 51 years old. In general, the victims were placed under a lot of stress and afraid of being arrested and locked up, in addition to the fear of having their property seized.

“Do not answer calls from unknown persons, and if you do answer, and asked to transfer money to any government department account, do not do so as the government has never given any instructions to the public to transfer money from one account to another,” he said at a press conference after an official police event at the Melaka police contingent headquarters today.

Meanwhile, Abdul Majid said 169 officers and personnel in Melaka had been undergoing quarantine since the enforcement of the Movement Control Order (MCO) from March 18 until today, following close contact with members of the public who were exposed to Covid-19.

From that total, 164 individuals were found to be free from infection, while five others were still waiting for their screening test results and under supervision at the hospital or quarantined at home, he said.

Abdul Majid, 58, said he would use his 38 years of experience in the force to achieve the four missions that would be implemented in Melaka.

“I will focus on increasing the level of policing service for the community, to ensure that the police force is based on integrity, not corruption, to do their jobs properly and earn the public’s trust.

“At this early stage, my priority for Melaka is to (combat the spread of) Covid-19 as it is the aim of the government and state, and I will lead the frontliners (Melaka police) to make Melaka a green zone again,” he said. -Bernama