62 people down with influenza in Penang 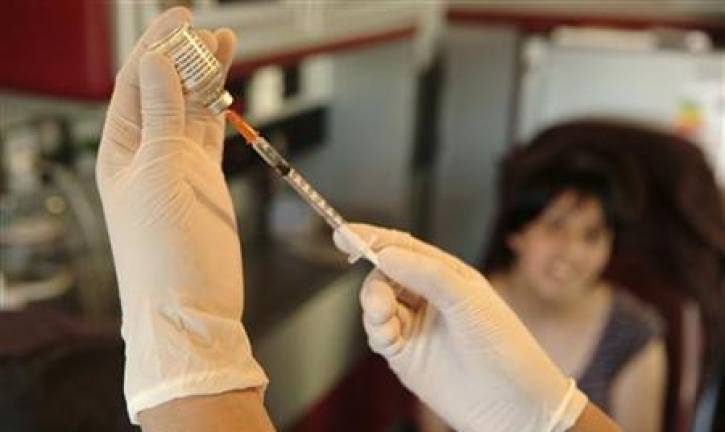 GEORGE TOWN: The Penang State Health Department has recorded 10 clusters of Influenza-like Illness (ILI) involving 62 individuals with influenza in the clusters from Dec 29 until 12pm yesterday.

“A total of 62 individuals were reported to have been infected in the clusters in which 15 patients received treatment at the ward and their condition was reported to be stable,“ its director Dr Asmayani Khalib said in a statement here tonight.

Dr Asmayani said the data was obtained from health surveillance conducted at selected sentinel clinics throughout the state.

She said seasonal influenza is a common respiratory infection caused by viruses such as Influenza A and Influenza B, and is different from avian influenza and pandemic influenza.

She said influenza is a common infection and is not subject to mandatory reporting and notification requirements under the Prevention and Control of Infectious Diseases Act 1988 (Act 342) and as such, there is no record of every case of influenza infection occurring in the state.

“Based on prevailing ILI data, ILI cases reported from sentinel clinics show a decrease of 34.12 per cent from 85 cases to 56 cases for the first epidemiological weeks of 2019 and 2020,“ she said.

She added that temperature checks were also made for all passengers at the International Entry Point arrivals at the airport and that passengers found to have the symptoms would be detained for further inspection.

She said the public, especially high-risk groups, were encouraged to receive the annual seasonal influenza vaccine offered at most private health facilities throughout the state, as a precautionary measure to reduce the risk contracting the disease.

“The public are also reminded to maintain a good level of hygiene by regularly washing their hands with water and soap or hand sanitiser and practising good health manners and a healthy lifestyle,“ she said. — Bernama

1.Six issued compound of RM5,000 each for crossing state border for holiday to Pulau Redang