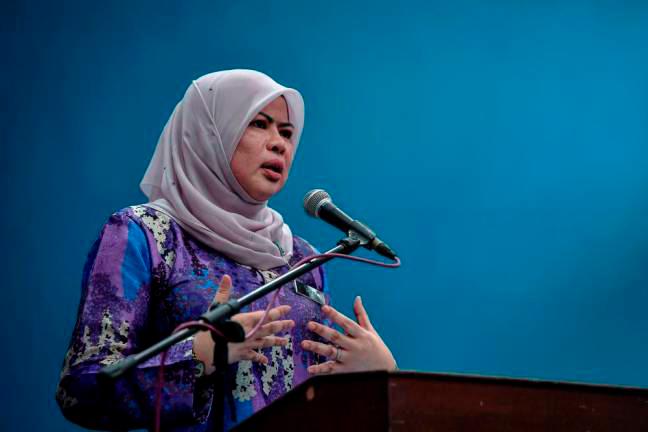 KUALA LUMPUR: A total of 902 cases of domestic violence was reported from January to April this year, with most of them caused by economic pressure due to affected income, says Women, Family and Community Development Minister Datuk Seri Rina Mohd Harun.

She said statistics from the police showed that 5,260 investigation papers had been opened involving domestic violence last year.

During the same period, the ministry’s Talian Kasih had received 2,540 calls related to domestic violence cases.

“Probably many are affected in terms of income or lost their jobs. When they (have) to stay at home, movement restrictions might have caused them to take out their emotional stress on the family members,“ she said after attending the launching of mosques as transit centres for victims of domestic violence programme at the Federal Territory Mosque here today.

Rina said the statistics proved that the issue of domestic violence required the intervention and cooperation of various parties, and as such, the ministry is collaborating with the Federal Territories Islamic Religious Department (JAWI) to turn mosques into domestic violence transit centres.

Rina explained that two mosques were selected as the pioneers of the programme, namely the Federal Territory Mosque and the Al Ghufran Mosque in Taman Tun Dr Ismail here.

The mosques will provide dormitory rooms, basic personal needs as well as food and drink during their stay there.

She said a total of 19 JAWI officers had also undergone the Women Anti-Crime (WAJA) Squad training developed by Women Development Department together with the Institut Sosial Malaysia.