95.3% of Kg Baru landowners so far agree with redevelopment plan 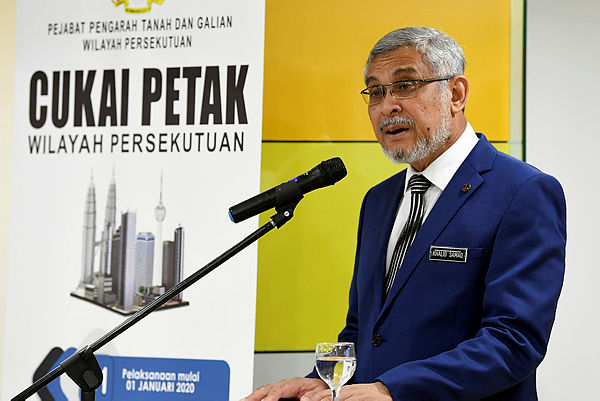 KUALA LUMPUR: A total of 95.3% of Kampung Baru landowners who submitted their feedback forms to the Kampung Baru Development Corporation (PKB) have agreed to sell their land for redevelopment by the government, says Federal Territories Minister Khalid Abdul Samad.

“Some 40% (2,200) of the 5,374 landowners returned their feedback forms to the corporation,” Khalid said to reporters after launching the parcel rent system for strata buildings at the Federal Territories Land and Mines Office in Kuala Lumpur today.

He said continuous efforts to engage the remaining landowners would be made to ensure all are on board with the redevelopment plan.

“PKB will continue to meet landowners until June next year to find out their concerns and explain the redevelopment plan,“ he said, adding many landowners when met expressed their wish to see the area developed.

“They want to cash in on the value of their land,“ Khalid said.

He added that he would also meet corporate owners in Kampung Baru to discuss the redevelopment plan.

“We want to find out if they have their own development plan. We are willing to listen and incorporate their input,“ he said.

On Oct 25, the government made an offer to the Kampung Baru landowners to buy their land at a cost of RM1,000 per sq ft, compared to RM850 previously.

Out of this amount, RM150 will be in the form of shares in the special purpose vehicle (SPV) that will be set up.

Landowners who decide to buy a completed unit in the redeveloped area will also get a 15% discount.