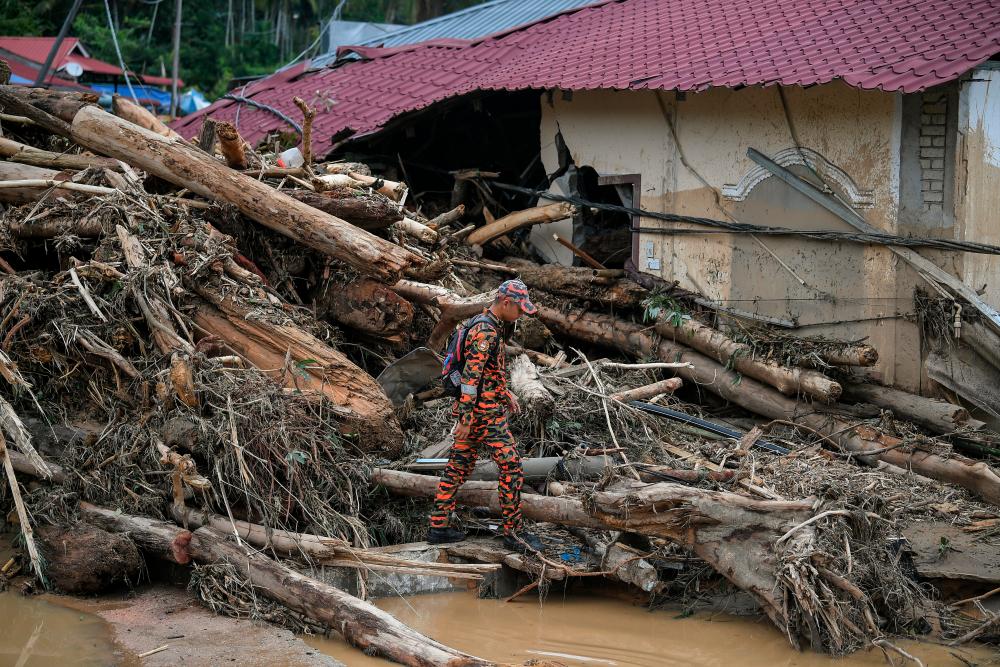 He added that the team also involved three support units from Perlis, Perak and Penang.

“The latest information on the flooding in Baling indicated 270 victims from 17 affected villages were successfully rescued and placed at the nearest temporary relief centres.

“I also received the latest ‘real-time’ reports from the state director on the current situation in Baling, especially in areas that are still on alert,“ he said in a statement posted on his official Facebook today.

Meanwhile, Youth and Sports Minister Datuk Seri Ahmad Faizal Azumu said in a statement that his ministry in collaboration with the State Youth Council, has activated the Rakan Muda volunteer mission in the district starting last night.

“For a start, 75 volunteers in collaboration with the Baling Youth Council have started clean up work at two locations, Kampung Tiak and Kampung Bok Bak,“ he said.

Ahmad Faizal said his ministry welcomed any party that wanted to participate in the mission by registering through the link https://forms.gle/A1d8HBRo88VJwdN28.

Those wanting further information can contact the Baling youth and sports department coordinating officer, Farid Zakwan at 04-4701279 or 018-4689767.

Besides that, Higher Education Minister Datuk Seri Dr Noraini Ahmad said that public university student volunteers and the Student Volunteer Foundation were being mobilised to the affected areas in accordance to her ministry’s Keluarga Malaysia policy.

“For a start, the ministry has mobilised more than 400 volunteers in stages to cater to the needs of flood victims by providing various forms of assistance and donations including cleaning work, supplying clothing and food provisions as well as self-care kits to those in need,“ she said in a statement.