After 2003, Mahathir to announce another health related economic package 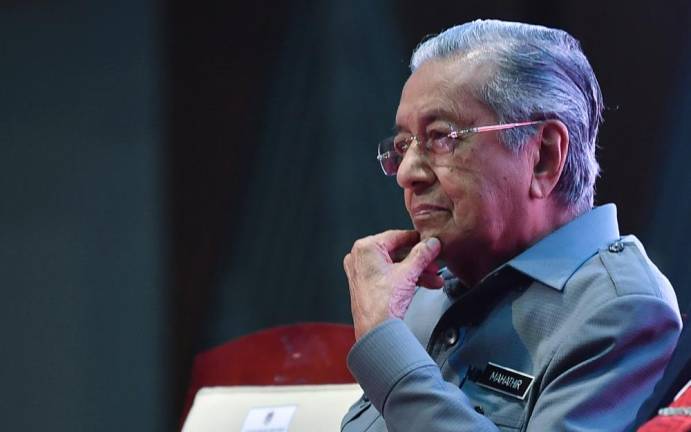 The announcement scheduled at 4pm today, will be the second one for Mahathir after 2003 when he as Malaysia’s fourth Prime Minister tabled an RM8.1 billion economic package to deal with another global health-related crisis, the Severe Acute Respiratory Syndrome (SARS).

The tabling of SARS’ economic aid about 17 years ago was one of his last duty performed as the country’s Prime Minister before stepping down from the coveted position Oct that year.

The Finance Ministry work-around-the-clocks to complete the economic package on Saturday, a day before the country’s political affairs was plunged into an uncertainty which culminated with the collapse of the Pakatan Harapan-led government on Sunday.

On Monday, Mahathir submitted his resignation as the seventh premier. The Yang di-Pertuan Agong Al-Sultan Abdullah Ri’ayatuddin Al-Mustafa Billah Shah, who accepted the resignation, reappointed Mahathir as the country’s interim Prime Minister later in the day.

On the advice of Mahathir, His Majesty also revoked the appointments of all ministers.

Cushioning Malaysia’s economy from the impacts of Covid-19 and propelling the financial market will be among the Covid-19 economic package’s key thrust.

Among the key sectors that are expected to benefit directly from the economic package, are manufacturing and tourism which has endured drastic slowdown, since the infectious disease began spreading throughout the world in mid-January.

To date, the coronavirus has infected about 80,000 people throughout the world and claimed more than 2,800 lives, mainly in China.

Among others, the package to be announced later today is expected to focus on consumption and investment while stimulating the domestic economy and travel, which have been affected by the outbreak.

The need to introduce the stimulus package was proposed by the then Pakatan Harapan government as early as January to mitigate the adverse external economic impacts of the Covid-19 outbreak on Malaysia while preserving the welfare of the rakyat.

The market has been reacting well since words came out of Mahathir’s scheduled announcement of the economic package later today, with the financial market rising higher, confirming the health of the nation’s economy remained the interim Prime Minister’s main concern.

On the ringgit, the local note was traded higher at 4.2200 against the greenback compared with yesterday’s close of 4.2130/2200; as well a basket of major currencies.

The SARS stimulus package introduced by the government in 2003 focussed on four main strategies and 90 measures, aiming to generate economic activities by mobilising domestic sources of growth, boosting consumption and encouraging investments.

Besides Malaysia, other countries in the region are also in the midst of introducing similar Covid-19 stimulus package.