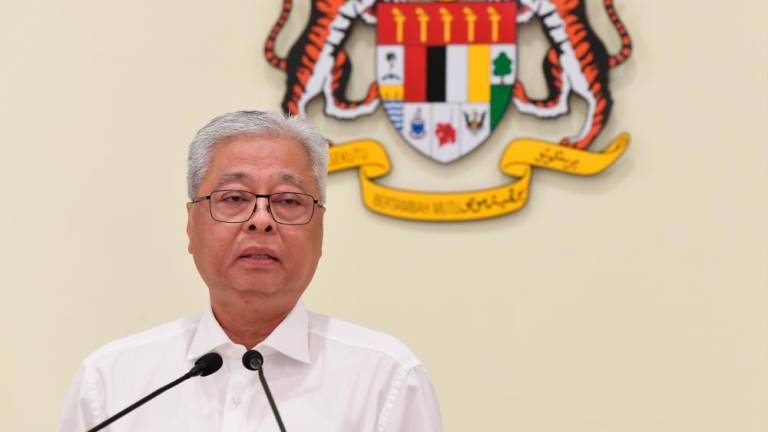 Vehicles that try to travel inter-state will also be issued a compound immediately at the roadblock itself instead of being told to turn back.

Ismail said that yesterday, 2,412 vehicles were told to turn back at roadblocks after trying to travel interstate with the excuse of ‘Balik Kampung’.

“The people’s intention to ‘balik kampung’ remains unfazed despite being advised and reminded against it.

“A report by the police during a meeting earlier today also reported that in Kuantan, 1,300 people had queued in front of IPD Kuantan to apply for permission to head back to their hometown.

“It is with that I would like to stress that the NSC’s special meeting today has decided that inter-state travels will not be allowed for any reasons whatsoever.”

“So there is no need after this wait in line outside police stations as they will not give permissions anymore ... no more,” Ismail Sabri said.

He also said that the issue of travel permits approved before this ban being revoked will not arise.

“If there are (inter-state travel) permits that have been approved before this, it is surely because there was an emergency.

“Adding to this, if there is an emergency they would usually head back immediately not three for days after, so the issue of permits allowed before is now revoked, does not arise.” Ismail Sabri said.

He said that the move is to show how serious the authorities are in curbing the spread of Covid-19 through inter-state travel.

“We will not compromise on inter-state travel and those who managed to get back to their hometowns (without valid reasons), we expect that they will be subjected to actions when they try to get back to the city,” he added.