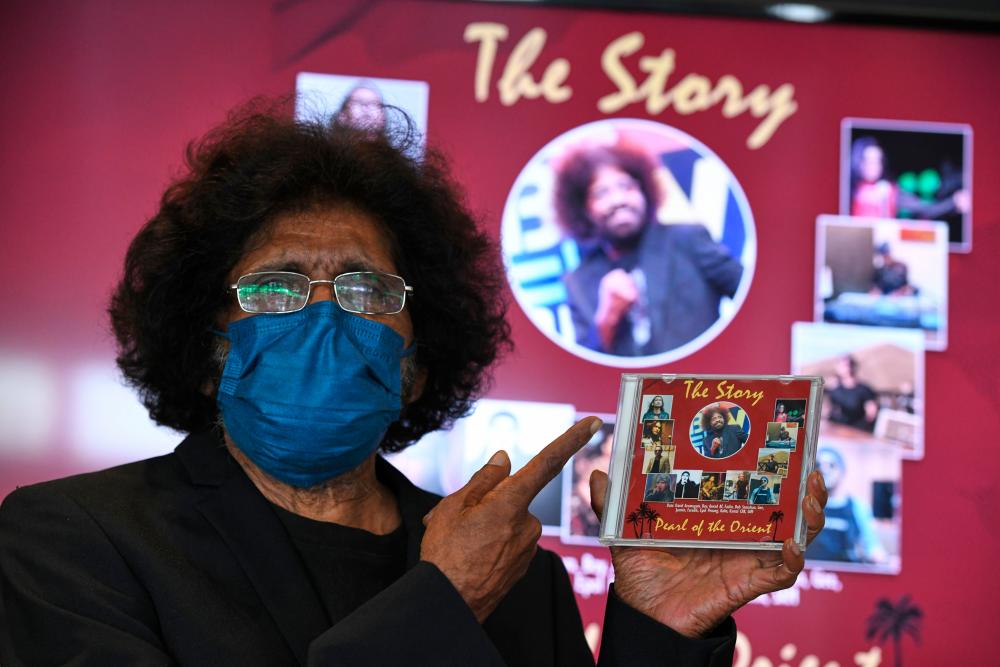 The album ‘The Story: Pearl of the Orient’ which was launched today and produced by Persatuan Anak Seni Pulau Pinang (PASPP), is a compilation album that features 12 artistes born in the island, including David.

PASPP honorary chairman Mohd Mazlan Ayob said the album was the first to be produced by PASPP to promote Penang in the eyes of local and foreign tourists.

“The project started almost two years ago when the Movement Control Order (MCO) was implemented (due to the Covid-19 pandemic), we gathered Penang artistes including David to collaborate on this project,“ he told reporters after the launch of the album here.

In the meantime, David said he took a short break from the world of singing for two years after the country was hit by the pandemic.

“Mazlan expressed his wish to work with other Penang artistes to produce this album and I agreed in the hope that the songs can promote the state to tourists and help artistes hit by the pandemic,“ he said. — Bernama ‘Everything Everywhere All at Once’ leads Oscar nominations with 11 Nods

1.Use sensible approach over sale of booze

2.‘Everything Everywhere All at Once’ leads Oscar nominations with 11 Nods