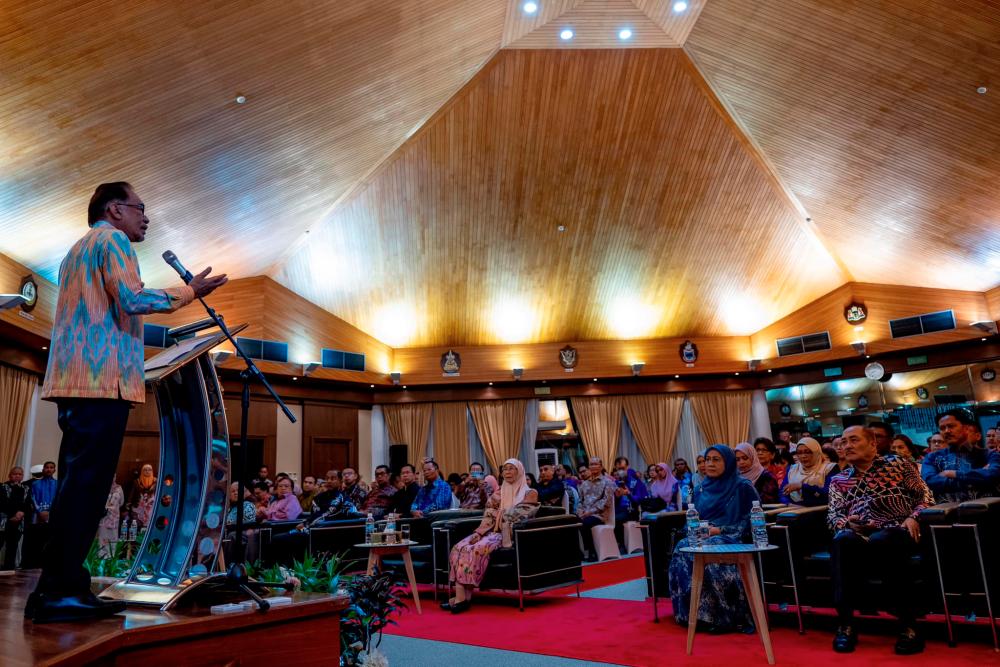 BANDAR SERI BEGAWAN: Prime Minister Datuk Seri Anwar Ibrahim, who is on a two-day official visit to Brunei, held a meeting and attended a dinner with the Malaysian diaspora here yesterday.

In the event held at the Malaysian High Commission here, he also delivered his mandate as well as participated in a dialogue session.

Speaking to over 400 people present, Anwar, who was sworn in as prime minister in November last year, gave an insight into his plans for the country.

This includes the Malaysia Madani concept which he introduced on Jan 19 as an effort to improve the dignity of the people and the country on the global stage.

Anwar also told the floor that he does not want the government to merely come up with slogans without having a true appreciation of them.

“I want to start a new transition. No more just slogans. We want appreciation and practice and also truth, justice and unity. Malaysians have become cynical and are tired of just slogans and promises,” he said.

Anwar said the focus is now on driving economic growth, with priority in the states, while looking at new economic sectors.

During the dialogue session, Anwar said in general, he will continue good policies implemented by the previous government even if they were introduced by parties he does not agree with, although he added that matters involving large contracts will be studied further.

On ties with Brunei, Anwar said Malaysia has the opportunity to cooperate with the country in various fields.

The Prime Minister is scheduled to have an audience with the Sultan of Brunei, Sultan Hassanal Bolkiah, at Istana Nurul Iman, followed by a four-eyed meeting between both leaders today.

During the meeting, the two leaders are expected to use the opportunity to assess the progress of ongoing cooperation, to further strengthen relations and cooperation, as well as to venture new cooperation in common interest areas between the two countries.

The Prime Minister and the Sultan of Brunei will also witness the signing of a Memorandum of Understanding (MoU) between the Malaysian Investment Development Authority (MIDA) and the Brunei Investment Agency (BIA). - Bernama